While I went to the shopping center "Les Glories", it got dark, and a light show began on the walls of the tower. 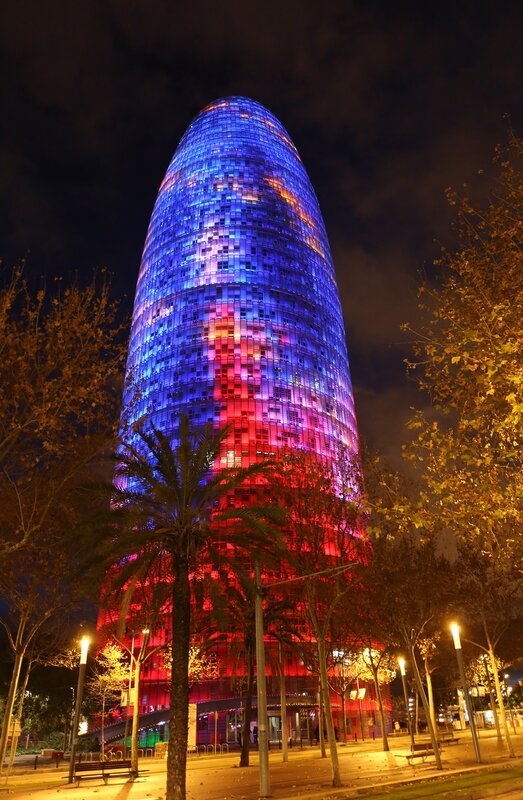 About 4,500 led lamps are installed in the walls of the tower, controlled by a computer system. They form complex color combinations (up to 16 million colors), creating a kind of "pixelized" color effect — from a distance, the pixels merge, and the tower seems to shimmer with all the colors of the rainbow. 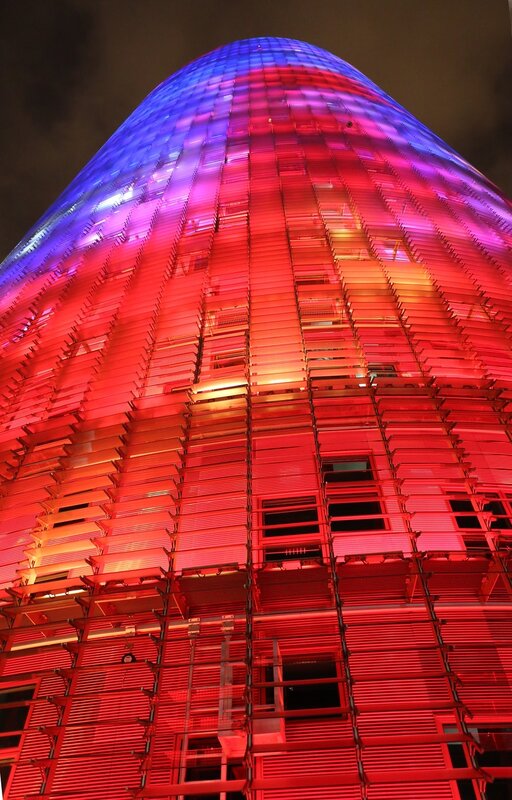 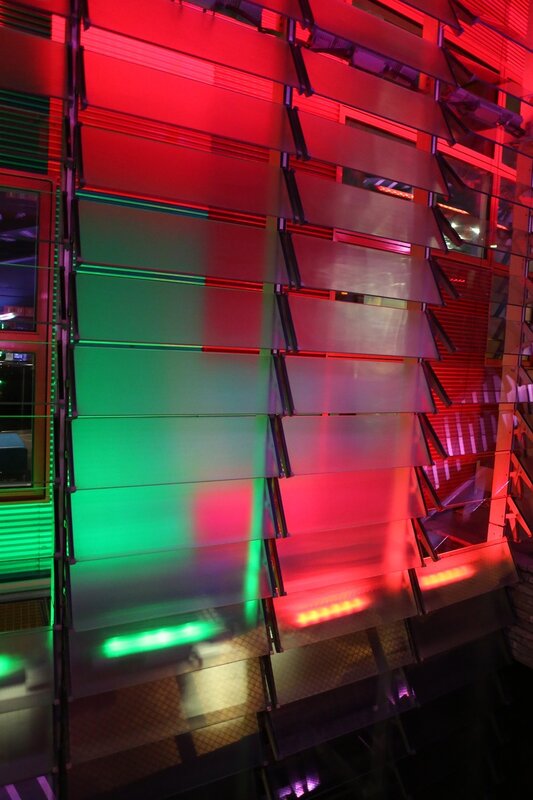 The author of the lighting design, French conceptual artist Yann Kersalé, described his creation as "a floating cloud of light covered in moire". 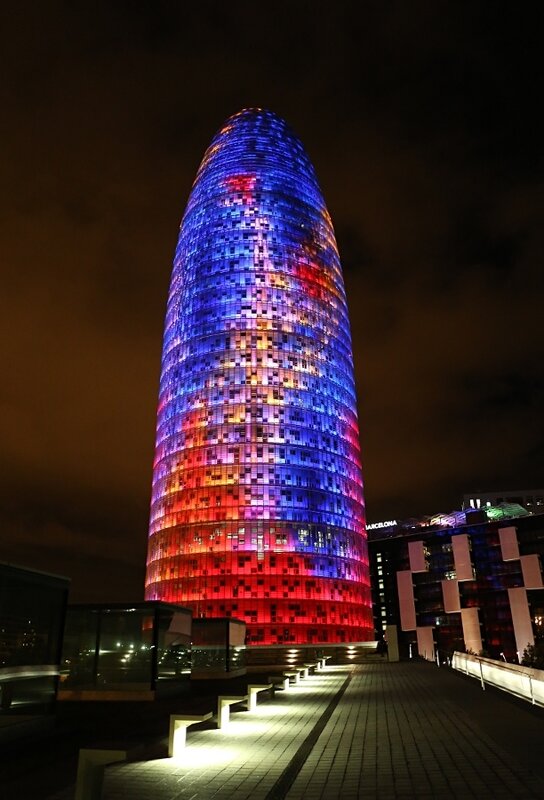 During the construction and for some time after its completion, there was a heated debate that the building would not fit into the existing silhouette of the city, would spoil its usual appearance. However, the tower quickly became one of the symbols of Barcelona. 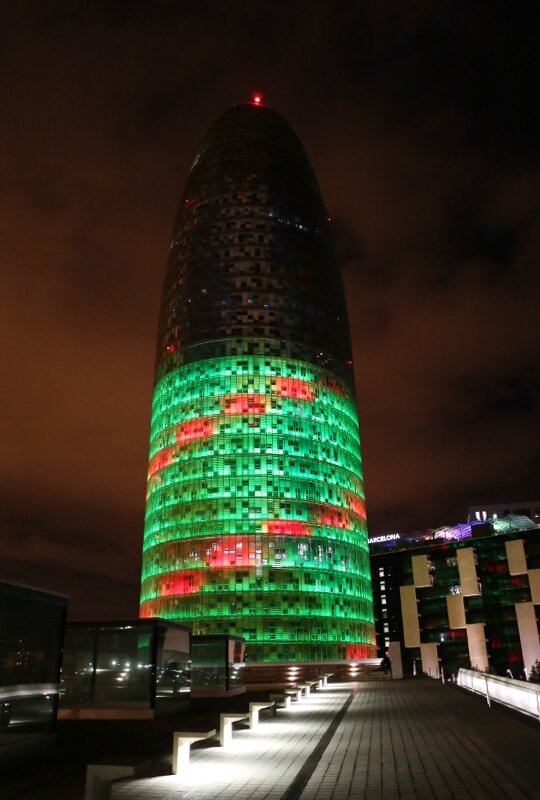 The building has received several nicknames - "pepino" (cucumber, by analogy with the London Mary Axe - the Gherkin), "l'obús" (howitzer), as well as not quite decent ones, such as "el supositori" (rectal candle), and even more aggressive ones. 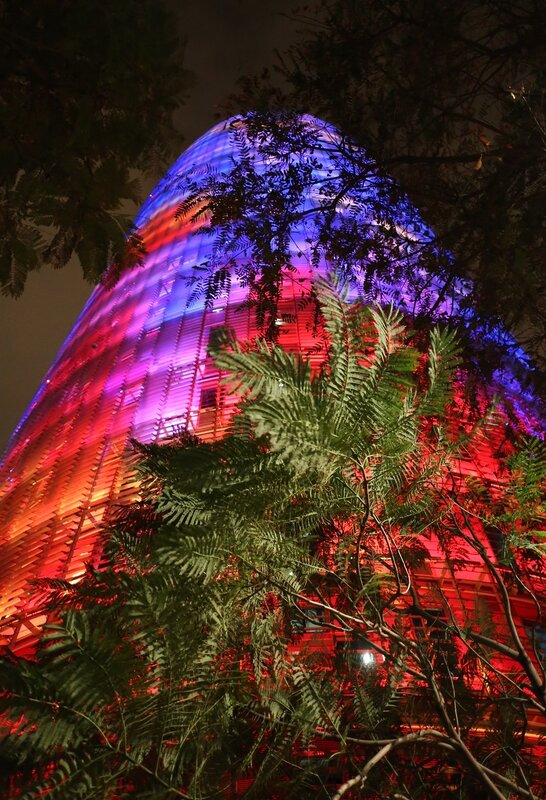