New year on the Ramblas 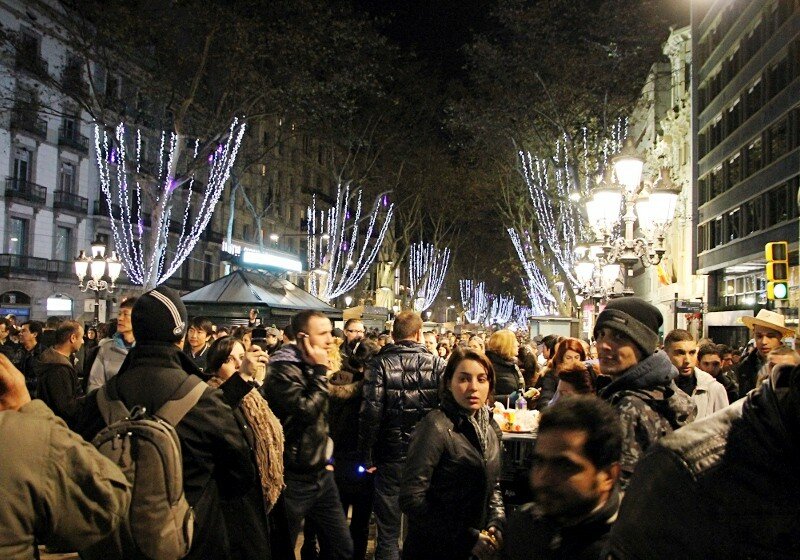 It was already crowded, and people kept coming in from the side streets. Most of them had their own drinks and traditional grapes (12 of them were supposed to be eaten at midnight), but they could all be bought with their own hands right on the street. Although it is said that such businesses are prosecuted by a fine, the traders did not hide much, and the police did not pay any attention to them. I didn't see much of the police, either. 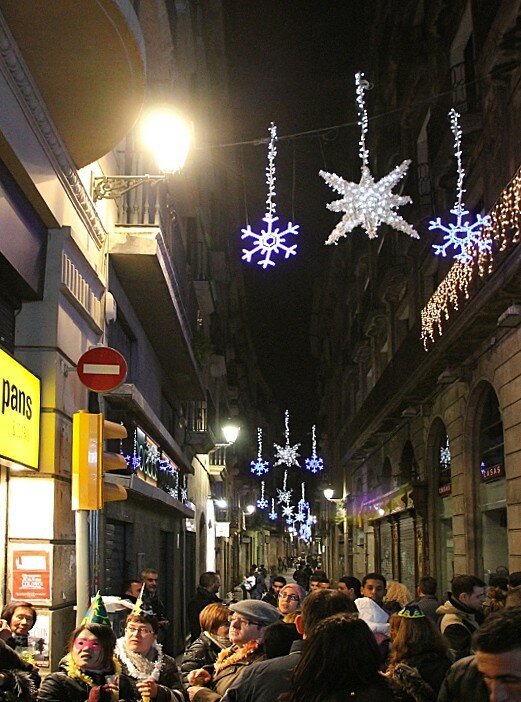 Closer to the square, the density of the crowd was such that I decided not to go further, especially since there was only a little time left before the cherished second. Access to the square was only through the framework of metal detectors and inspection, and these checkpoints formed a traffic jam. One person said that all-takti met the New year on the square, having come much in advance and then stood in a dense crowd, where he lost his smartphone and cash. 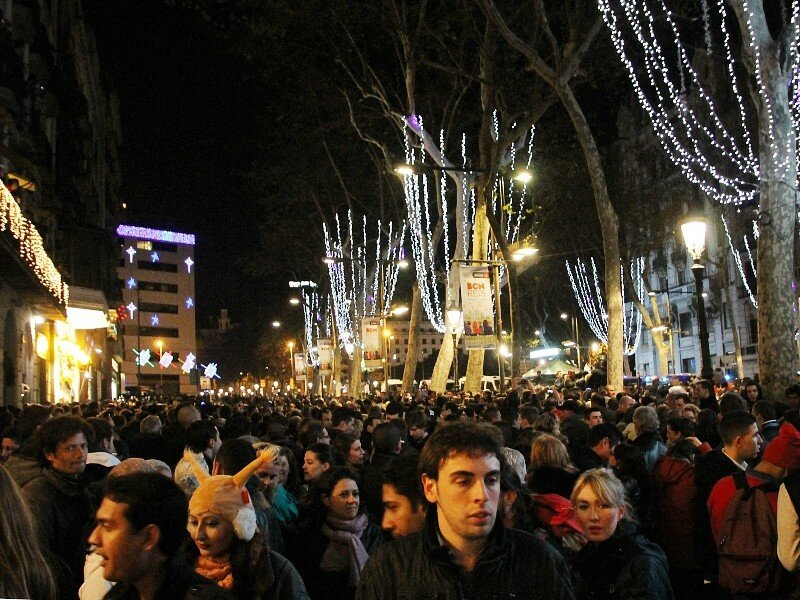 Towards midnight, the noise abated, and everyone turned towards Plaza Catalunya and waited for the clock to strike. Of course, there was nothing to hear at this distance, and the moment of the onset of 2013 was marked only by the noise and fireworks in the side of the square. 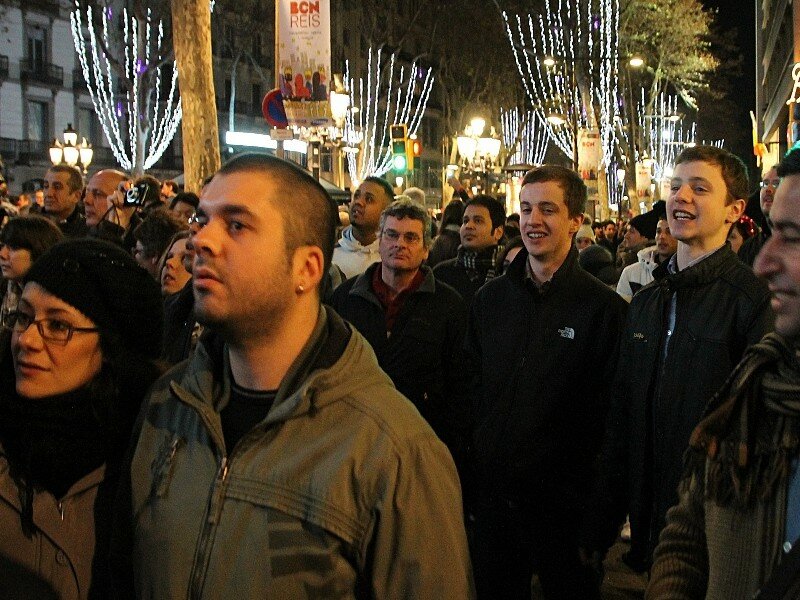 Very quickly, a wave of cheering and popping traffic jams reached the place where I had stopped.

Someone drank champagne (by the way, I was treated by good people), and someone danced. 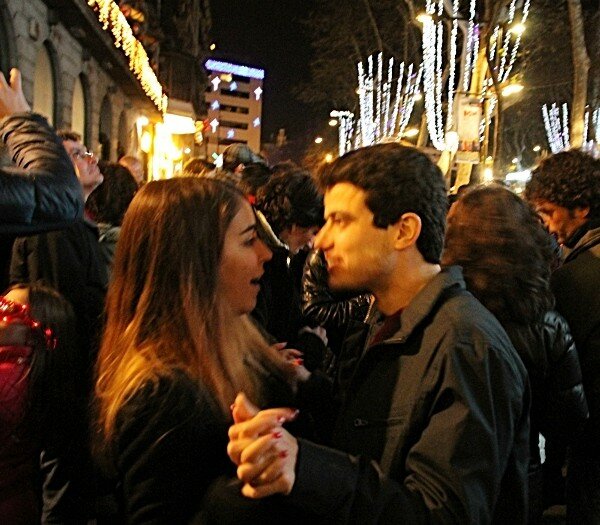 Traditional new year's entertainment - breaking bottles. This hooligan action is quite organized - the audience stands in a circle, clearing a large space, where the empty dishes fly. At the same time, the risk of getting hit by a bottle on the head is reduced to zero. 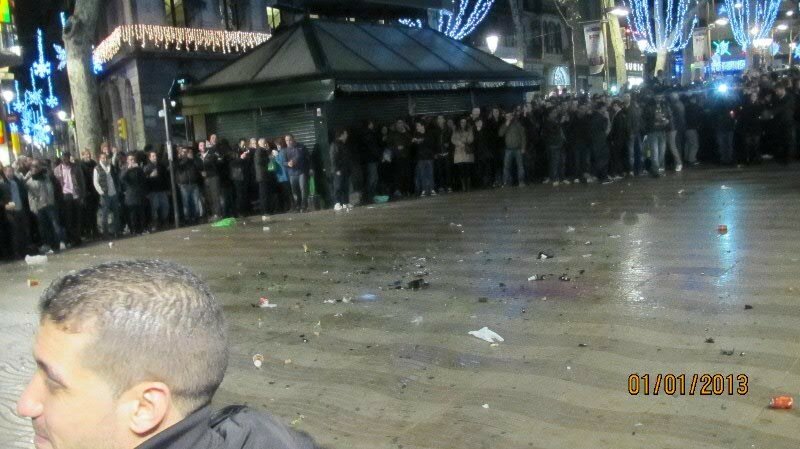 You can expect that all the tables of the street cafes on the Ramblas will be occupied, but no, there were no fewer empty seats than usual.

The crowd gradually disperses along the side streets, where cafes and restaurants are open. 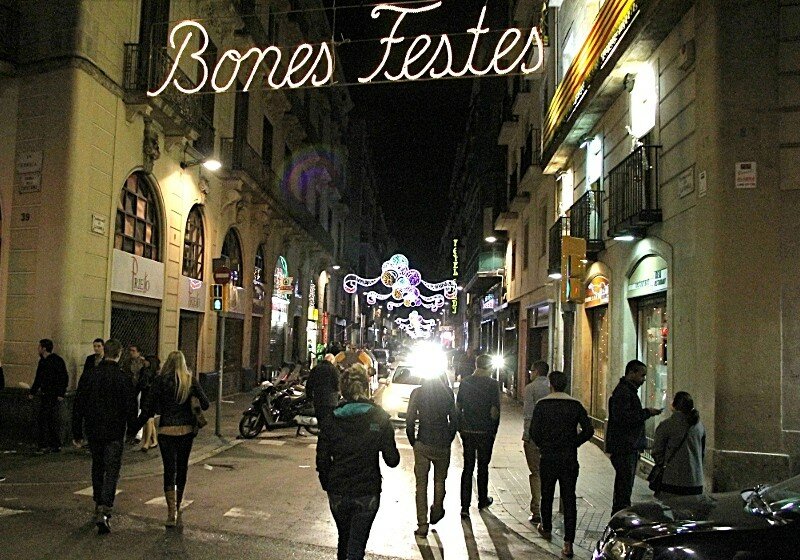 But there are also few people who want to continue the holiday in the warmth, there is also no excitement in cafes and bars. After an hour or so, the Ramblas and the streets of the Gothic quarter were completely empty of the festival, except for the scattered confetti on the pavement and the overflowing urns of bottles. 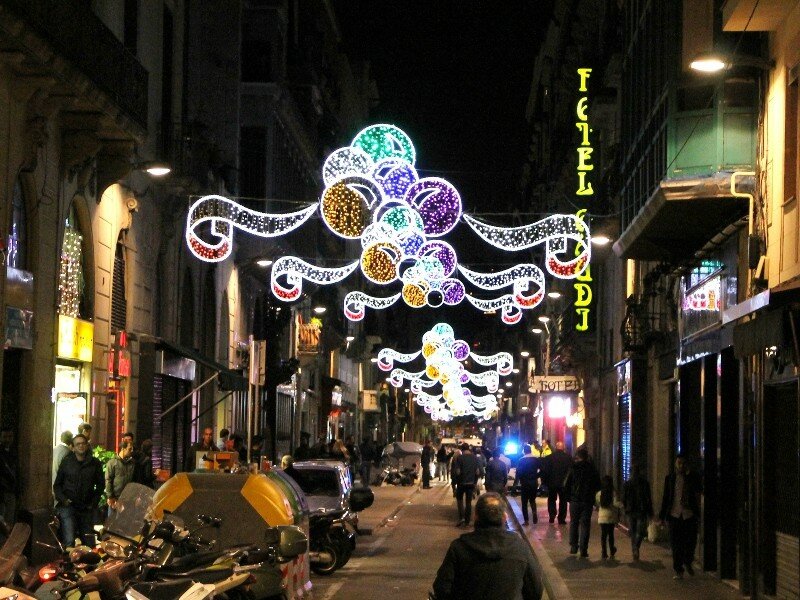