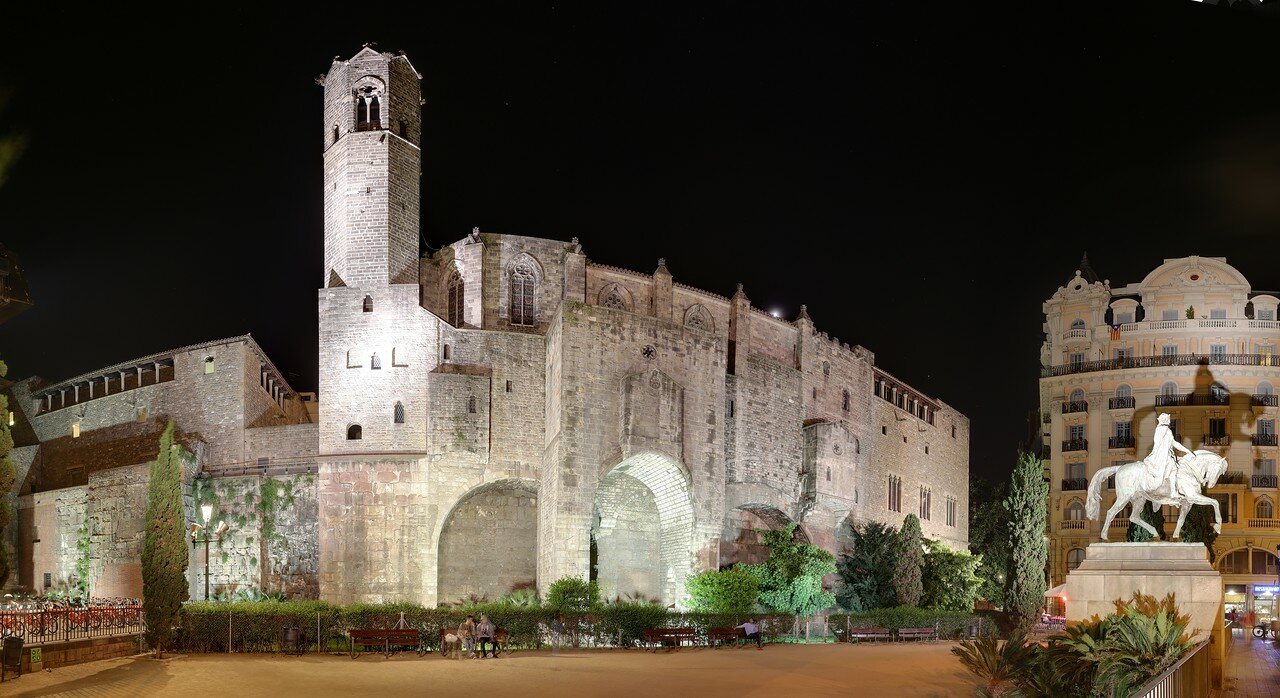 There is a Large Royal Palace (Palau Reial Major), 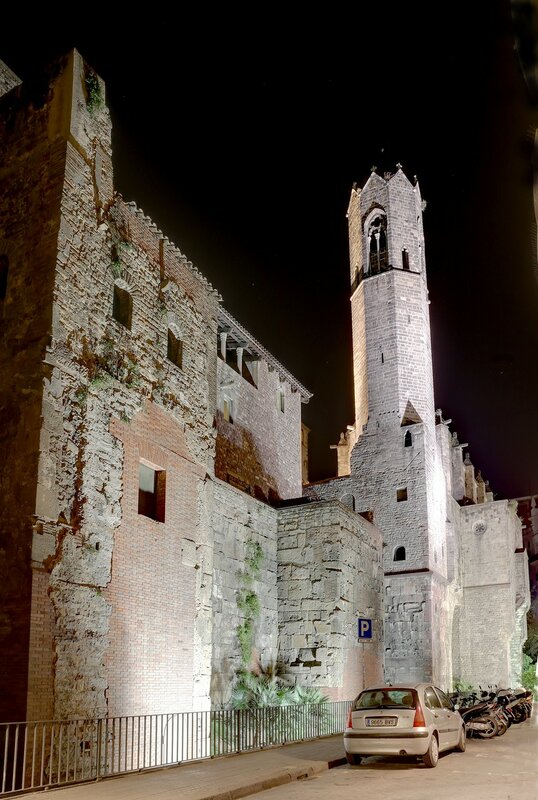 the Eastern part of which is occupied by the Museum of the history of Barcelona.

In the front garden of the house of Pia Almona (Casa de Pia Almonia), where the Museum of religious art is located, you can see metal sculpture "Choreography" (Coreografia) by Julio Nieta (Julio Nieto). The creation clearly has nothing to do with the Museum's theme. 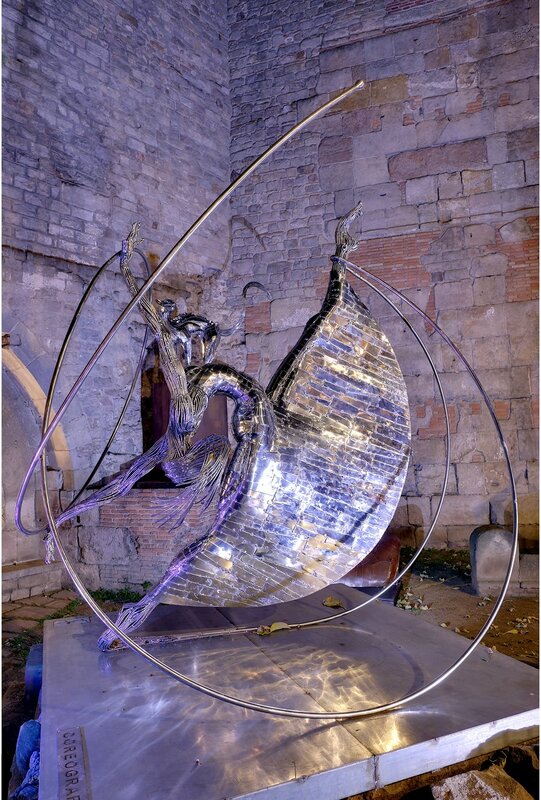 Today's walk will end at seu square, with the Church of the Holy cross and Saint Eulalia, the Cathedral of Barcelona. On the right is the archdeacon's house (Casa de l'ardiaca), built in 15-16 century on the Foundation of the Roman wall. 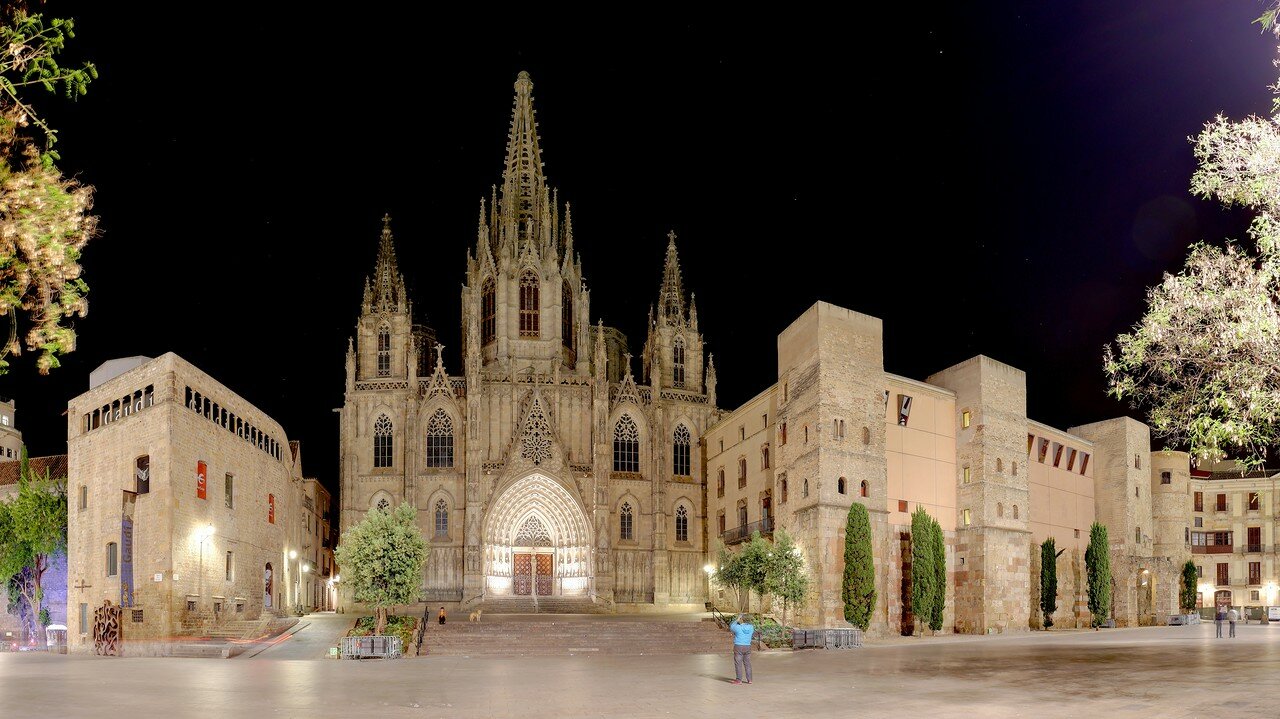 In front of the remains of the ancient wall in 1994 was a sculpture group by Joan Brossa has been unveiled, forming the word Barcino is the Roman name for Barcelona. 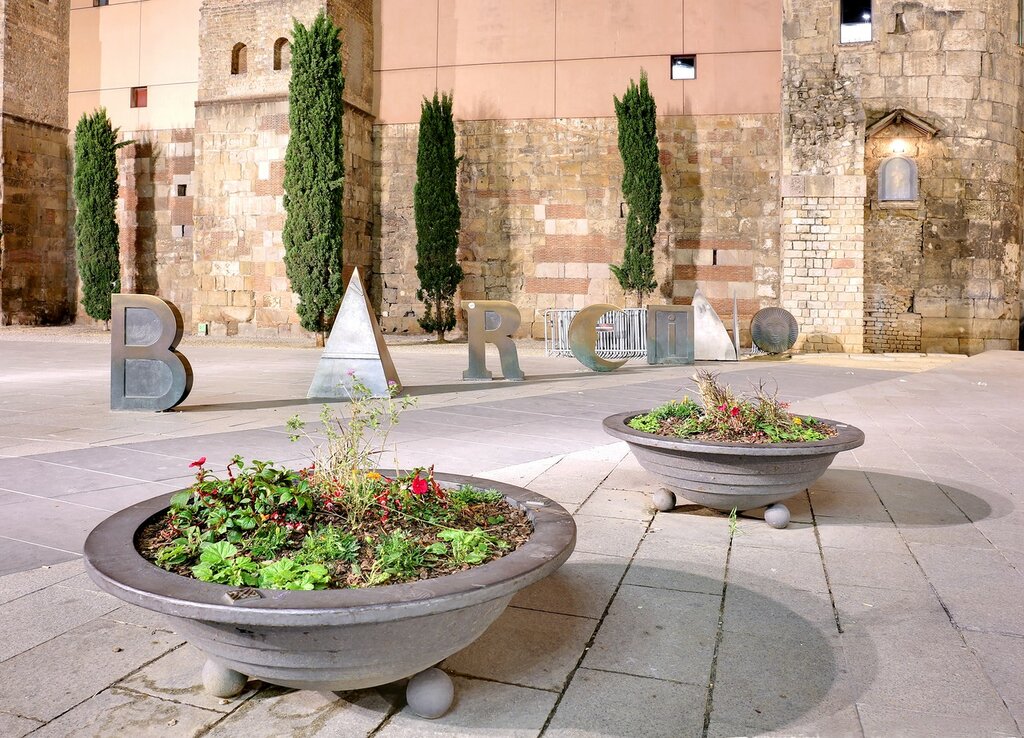