Jesuit church of the Sacred Heart

On the Carrer de Casp, a block from the Boulevard Gracia is the сhurch of the Jesuit Seminary (College), an example of early Art Nouveau. The authors of the project are architects Joan Martorell i Montells and Camil Oliveras i Gensana. 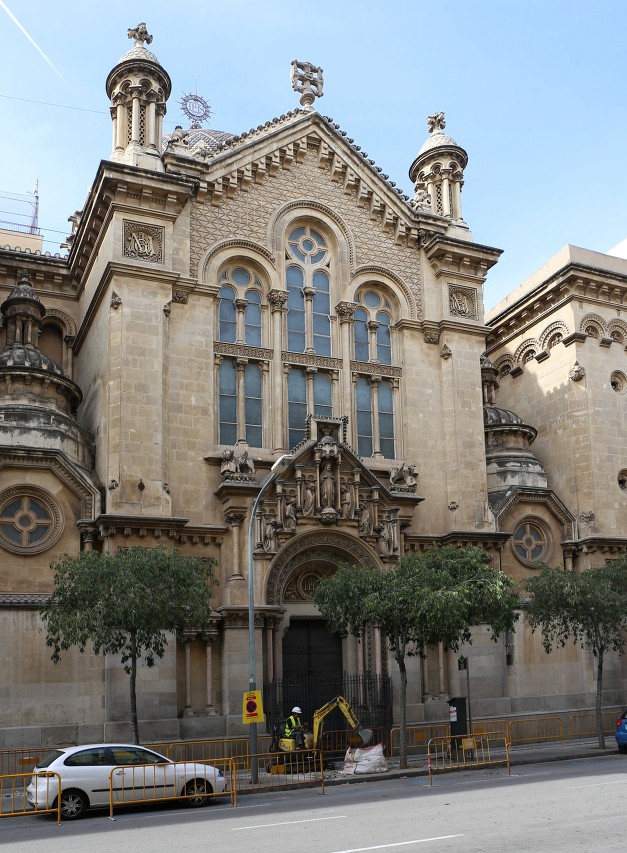 The Casp College opened on October 1, 1881 as a result of the merger of two Jesuit schools, Bethlem and Cordeles, founded in 1546 and 1659, respectively. Both were located on the current Ramblas Boulevard and were closed in after the expulsion of the Jesuits from Spain in 1767. The first set of students enrolled in the Casp school numbered 108 students, and later the number of seminarians increased significantly. In 1883, the College began construction of the church of the Sacred Heart (Església del Sagrat Cor de Jesús), completed in 1889. 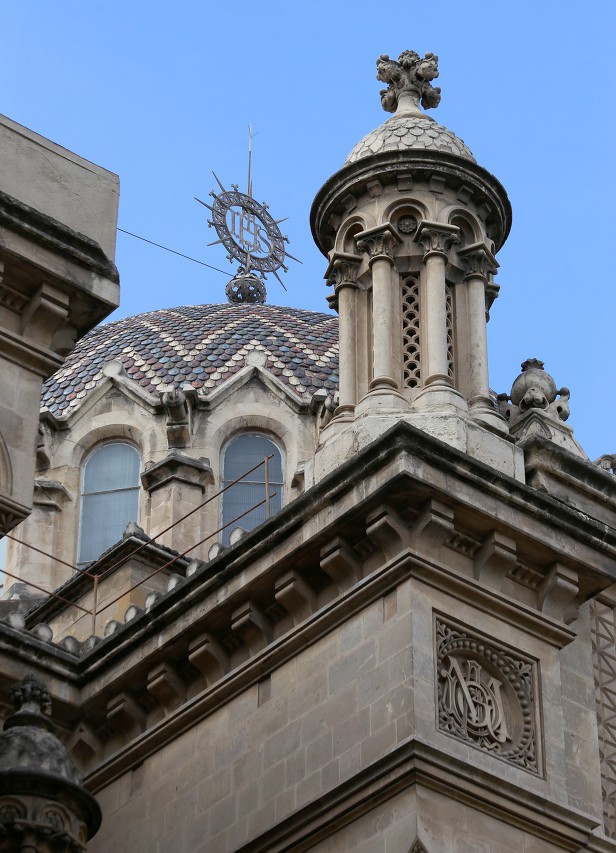 The church has a large central nave covered by a dome, with a transept and apse. The dome is covered with colored ceramic tiles shaped like inverted plates and topped with the cast-iron emblem of the order of Jesus. 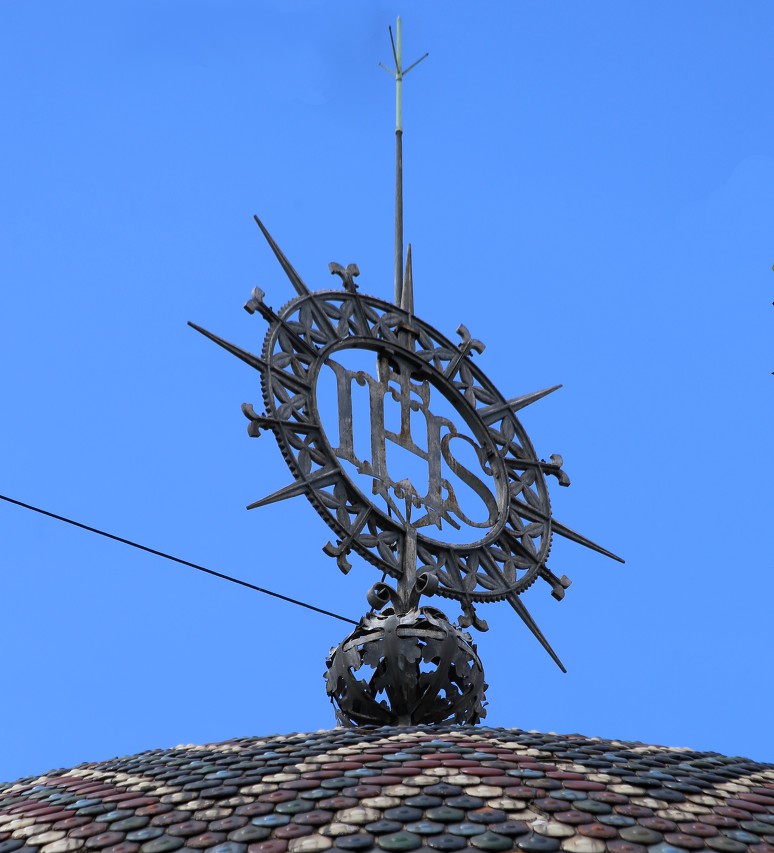 The design of the building is characterized as eclectic historicism, here you can see elements of Gothic, Classical, Romanesque and Byzantine motifs. 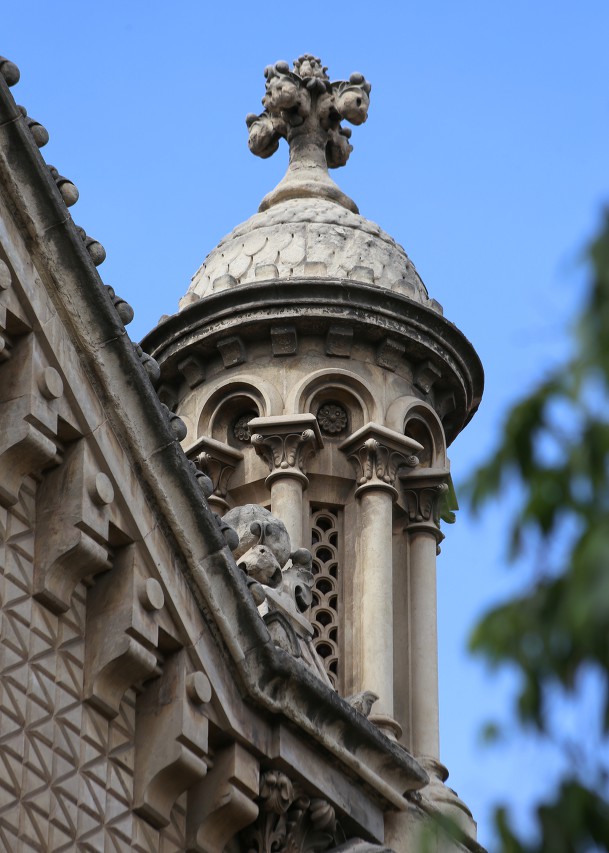 The main portal facing to Caspa street is located on the right side of the transept and is decorated with sculptures of Jesus and kneeling angels. 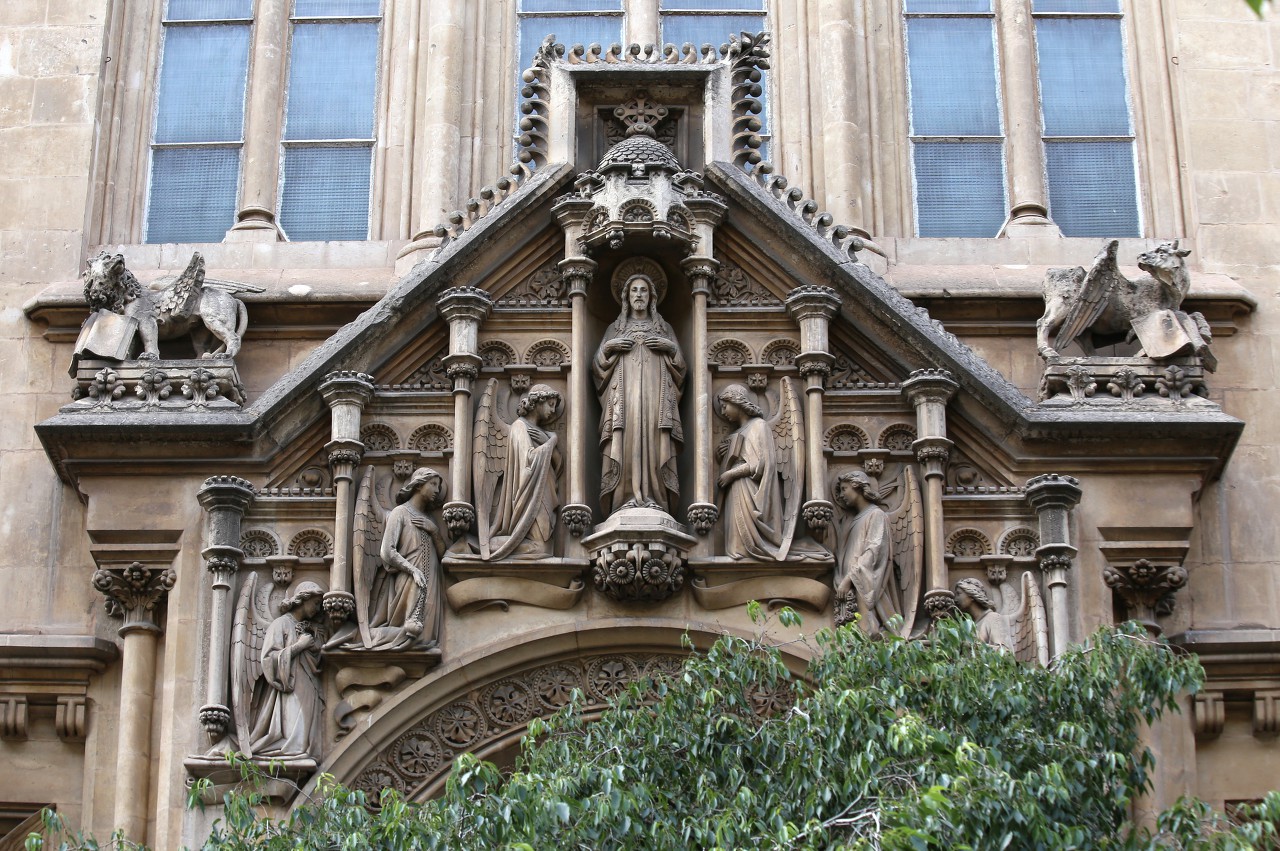 On the sides of the main entrance there are two low chapels covered with domes. This building belongs to the first architectural experiments that gave a decade later a powerful surge of artistic architecture, known as the Art Nuoveau style (in Spain "Modernismo"). 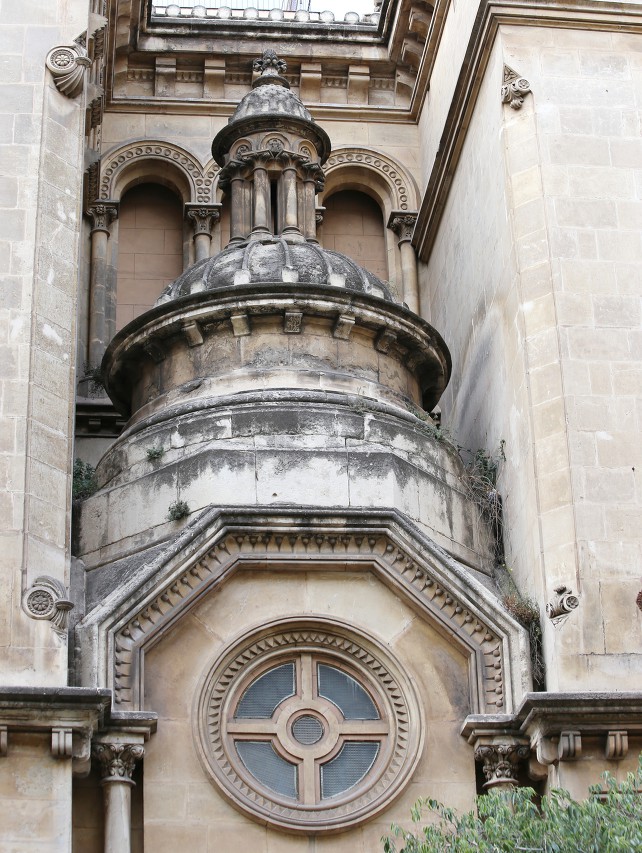 With the proclamation of the Republic in 1932, the Jesuit order was dissolved and a municipal comprehensive school opened in the Seminary building. After Franco's victory in the Civil war, the Church again received state support, and the College resumed its work, occupying adjacent buildings as well. In 1971, the first women's group appeared, and since 1983, training groups have become mixed. In 1978 began teaching in the Catalan language. More than 1,700 students are currently studying at the College. Among the College's alumni are Inaki Urdangarin, a bronze medalist in handball at the 1996 and 2000 summer Olympics, and Francesc Vendrell, a well-known Spanish diplomat. 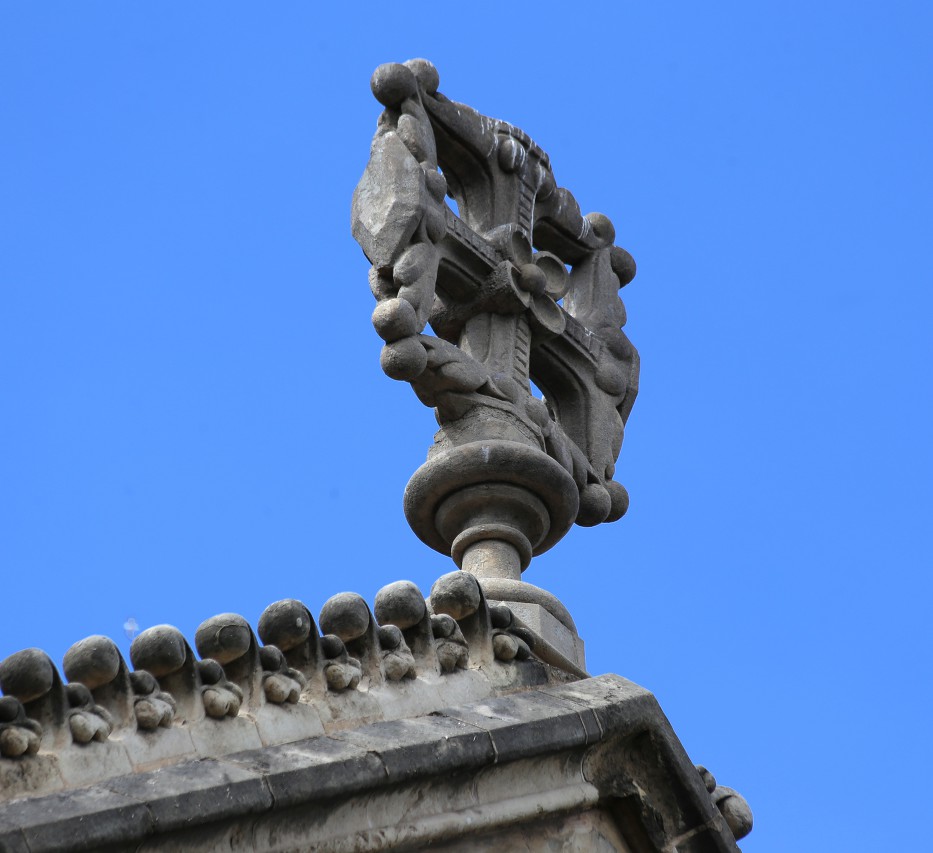 Church of the Sacred Heart (on map).