In the North-Eastern part of the Park of the Citadel located its main decoration - a fountain called the Great or Monumental cascade. (Gran Cascada, Cascada Monumental on map). 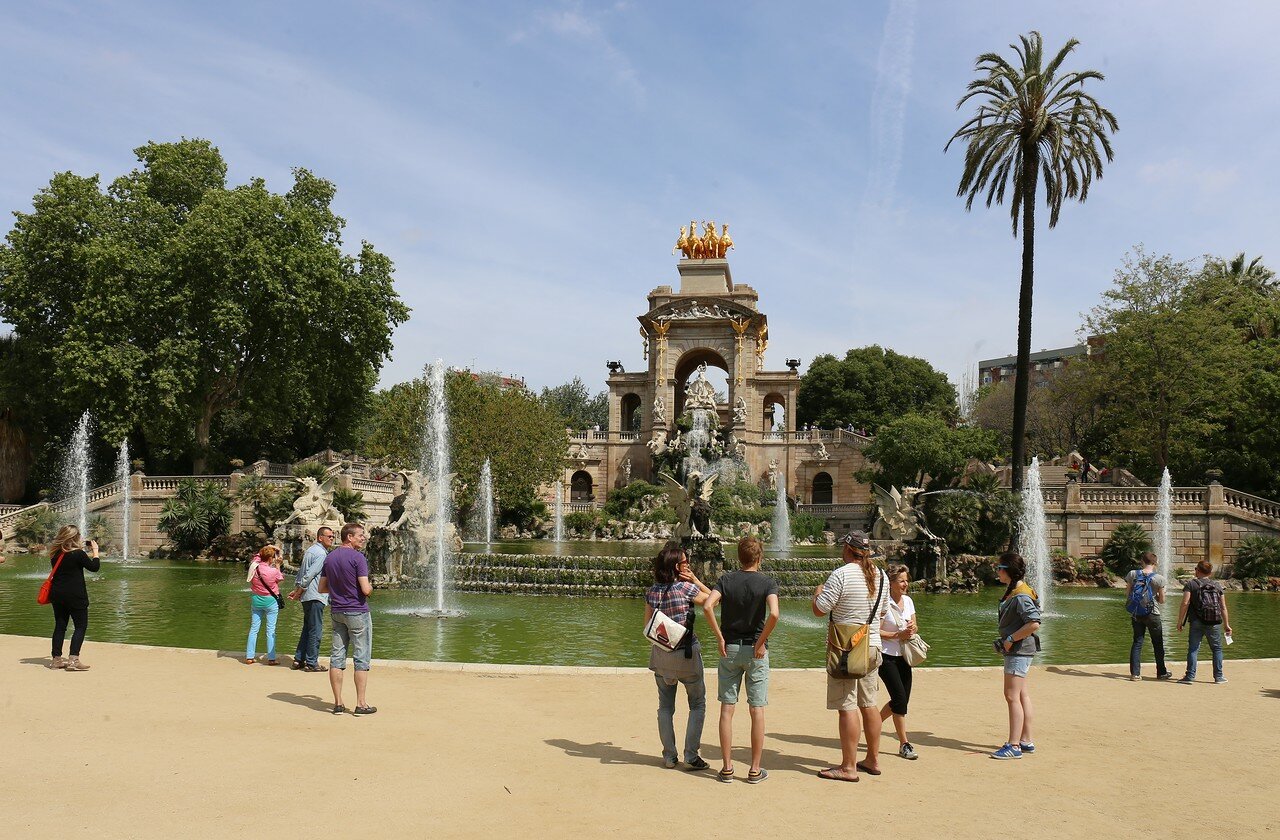 Making this fountain began in 1878, ten years before its opening. The construction of this remarkable monument of architecture and sculpture was conducted in preparation for the Barcelona Universal Exhibition of 1888. 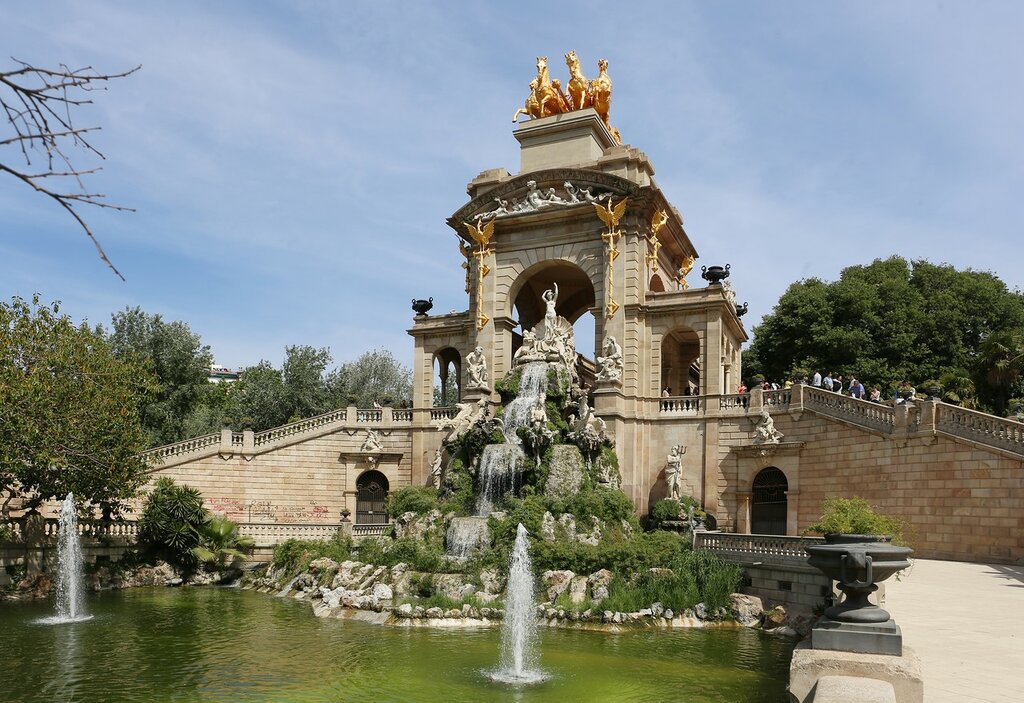 Like the Park itself, the Cascade is the creation of architect Josep Fontsere. A source of inspiration for the author was the Trevi fountain in Rome. 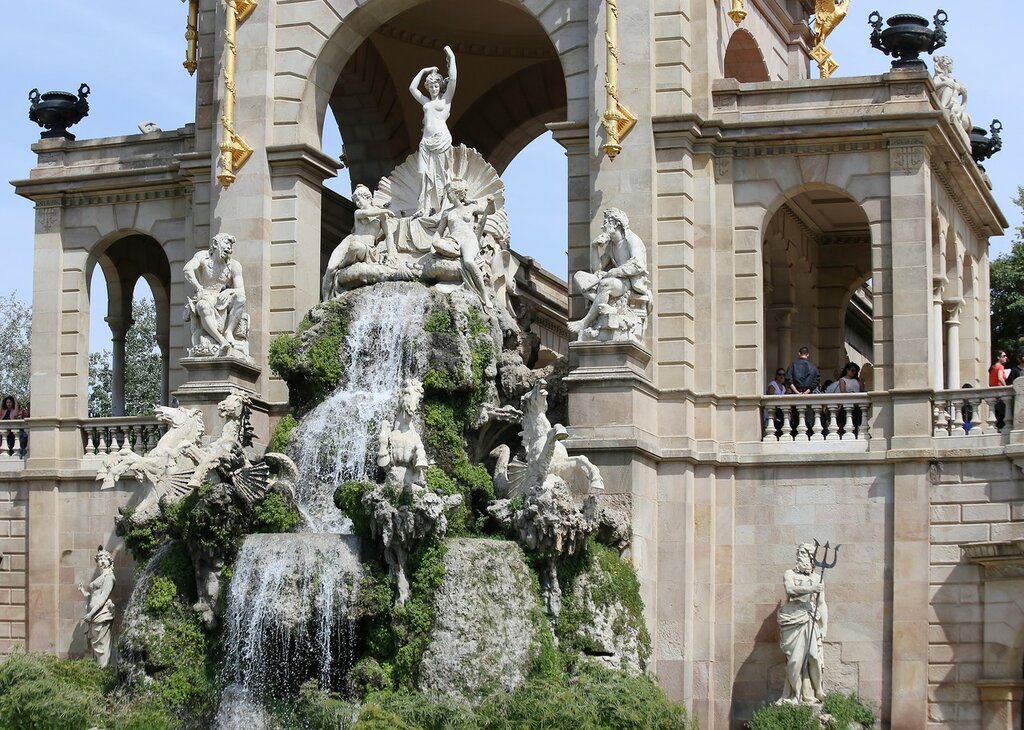 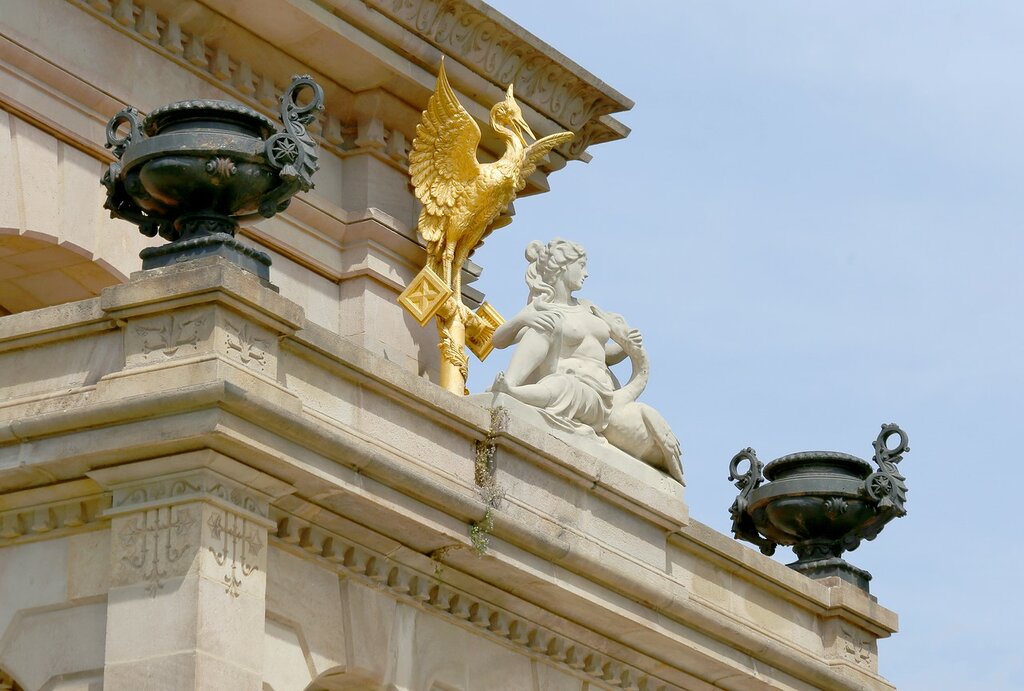 The Grand Cascade was inaugurated on 12 July 1881, although the work continued almost to the Exposition. 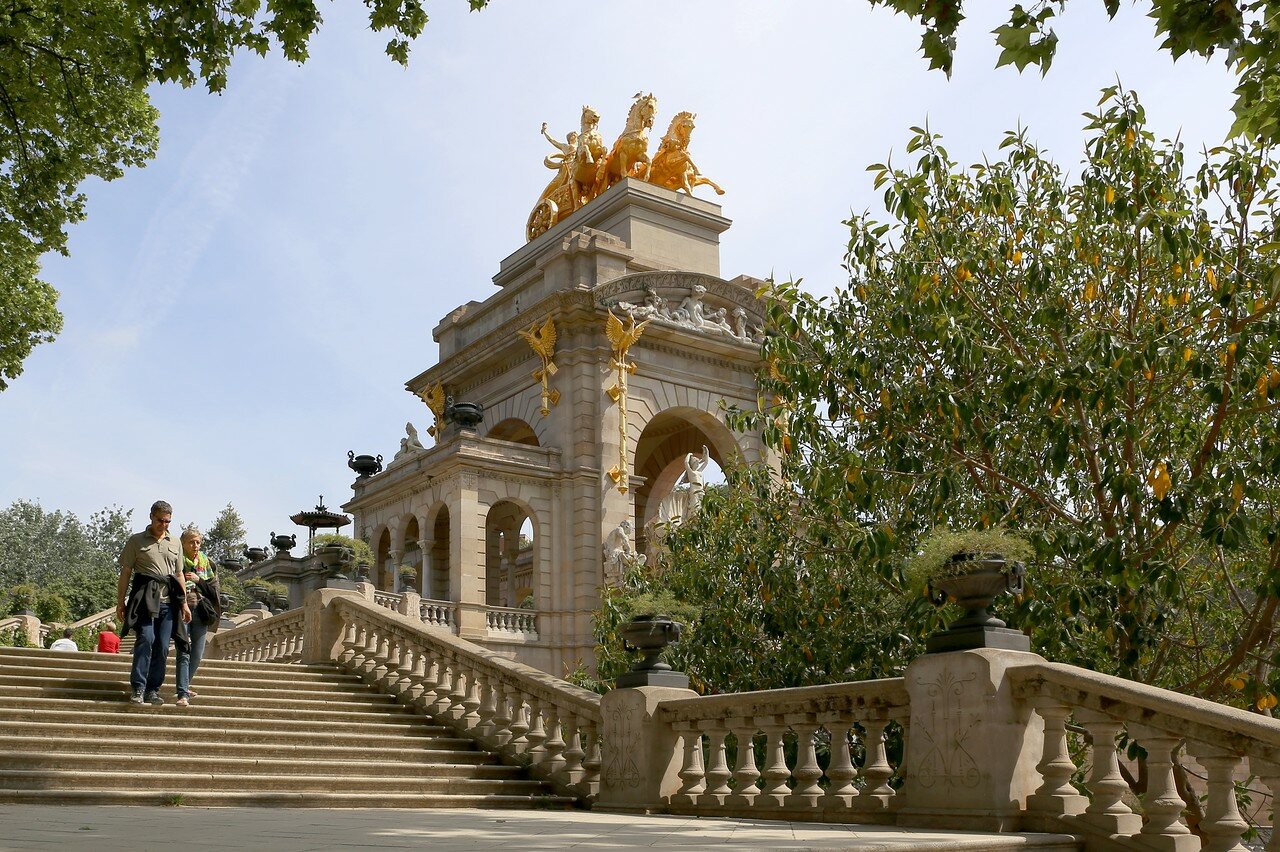 The Central sculptural group of the fountain - "The birth of Venus". 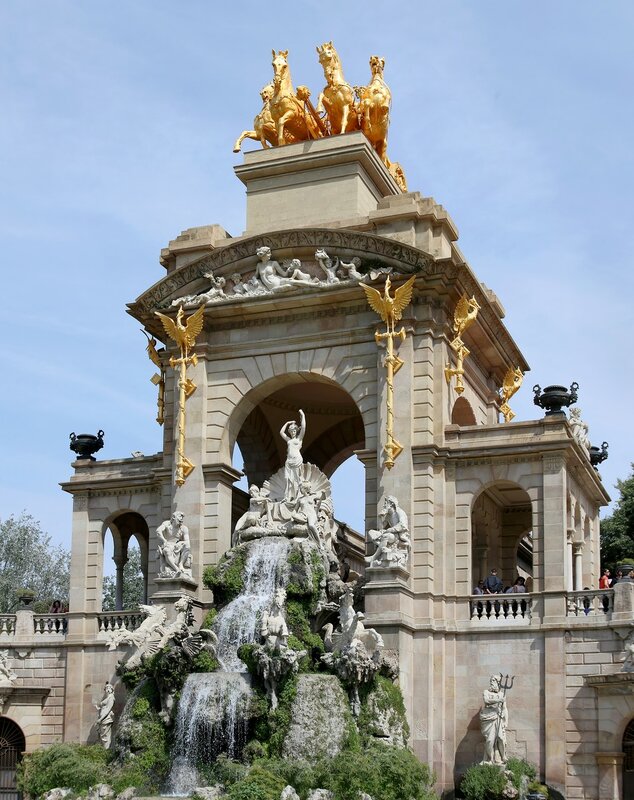 It is the creation of brothers Venanci and Agapito Vallmitjana, that developed the design, and Eduard B. Alentorn embodied sculpture in stone. 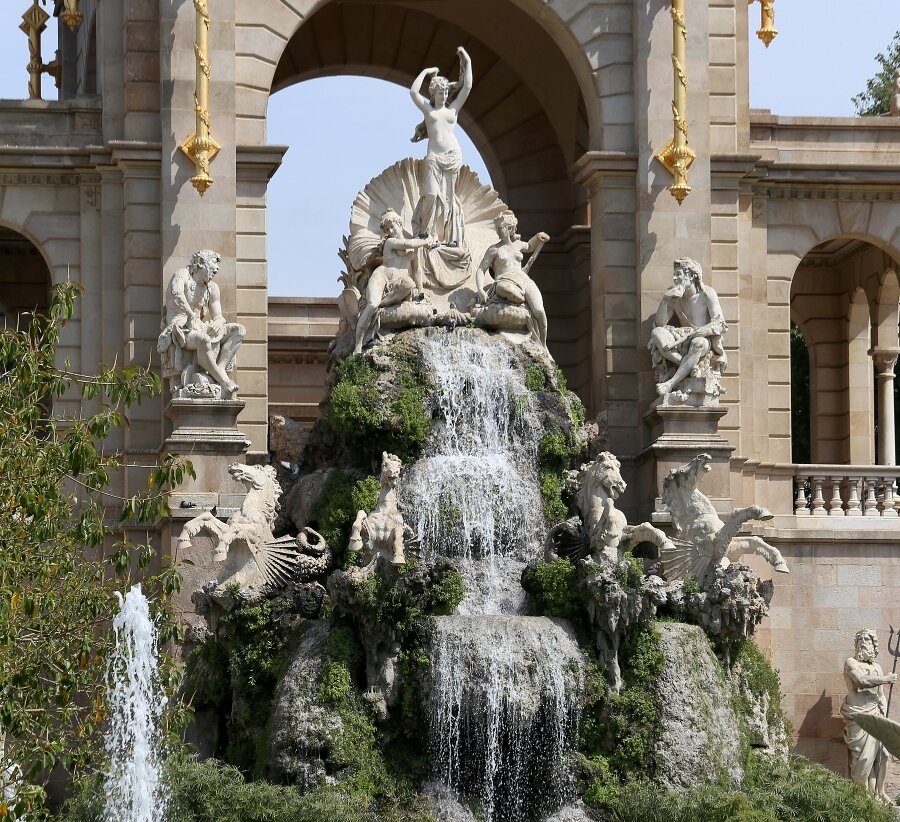 Venus emerges from a conch surrounded by Naiads. The sculpture and other statues made of white marble. 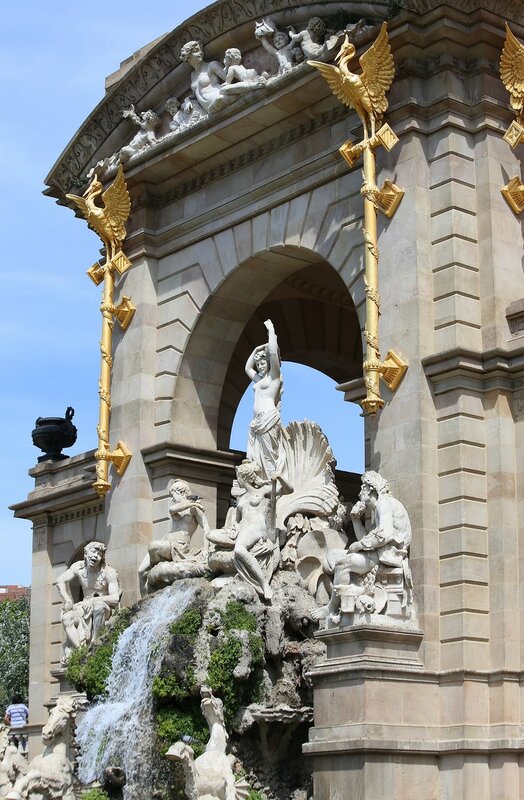 The pediment of the arch is decorated yet again by sculpture of Venus, surrounded by deities, called "Putti". This image is different from the usual angel, he does not have a bow and arrows. 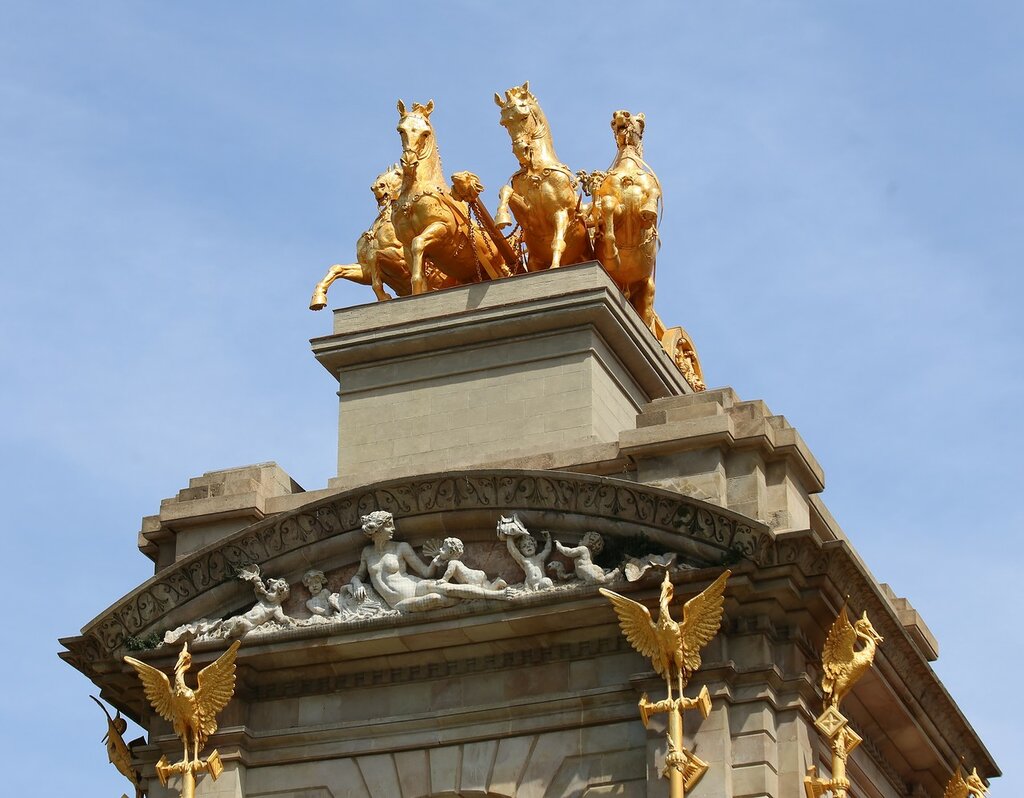 Above these statues worked Francesc Pages i Serratosa. 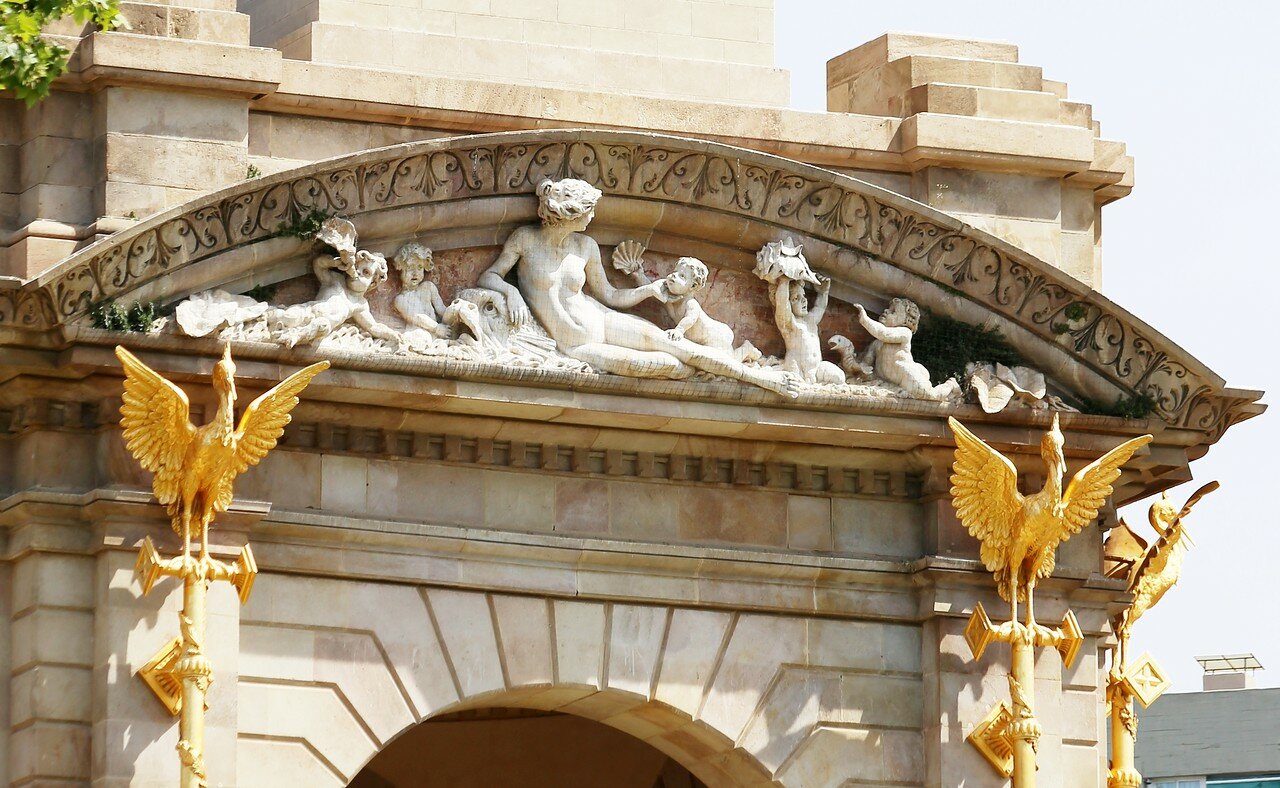 The chariot of Aurora - a Quadriga drawn by four horses. In his right hand a torch, a symbol of the light that illuminates the world every morning. 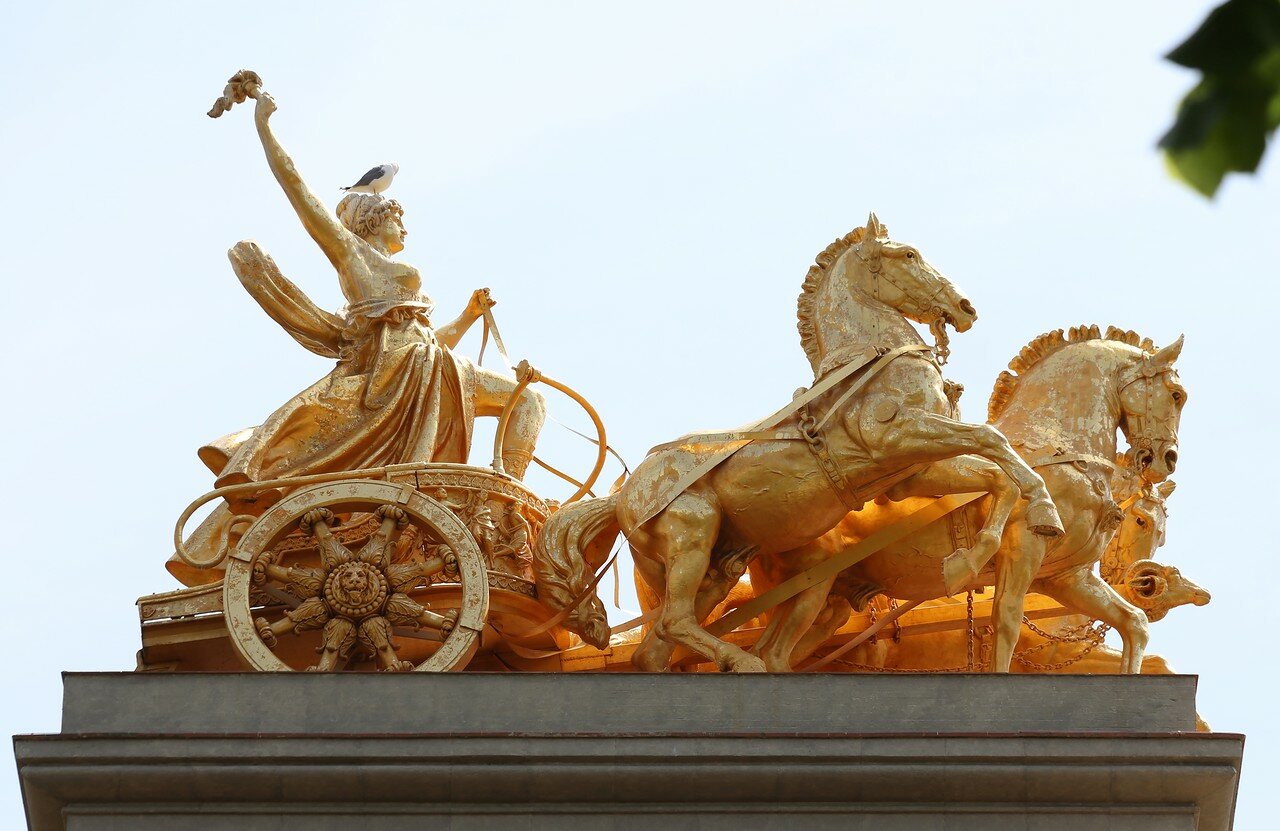 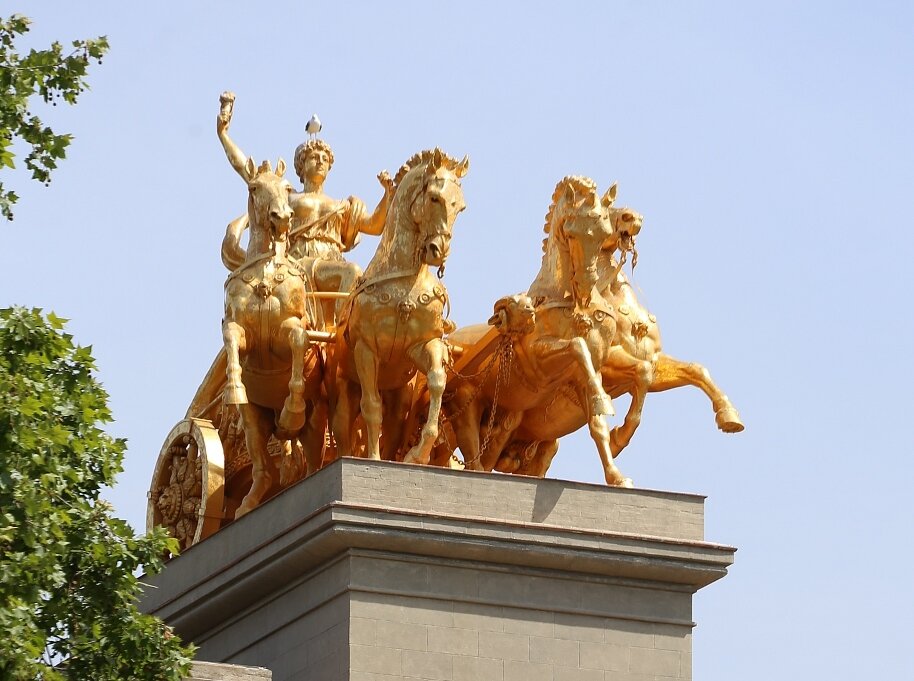 The final version of the sculpture weighed about 30 tonnes, it required to strengthen the structure of the arch. 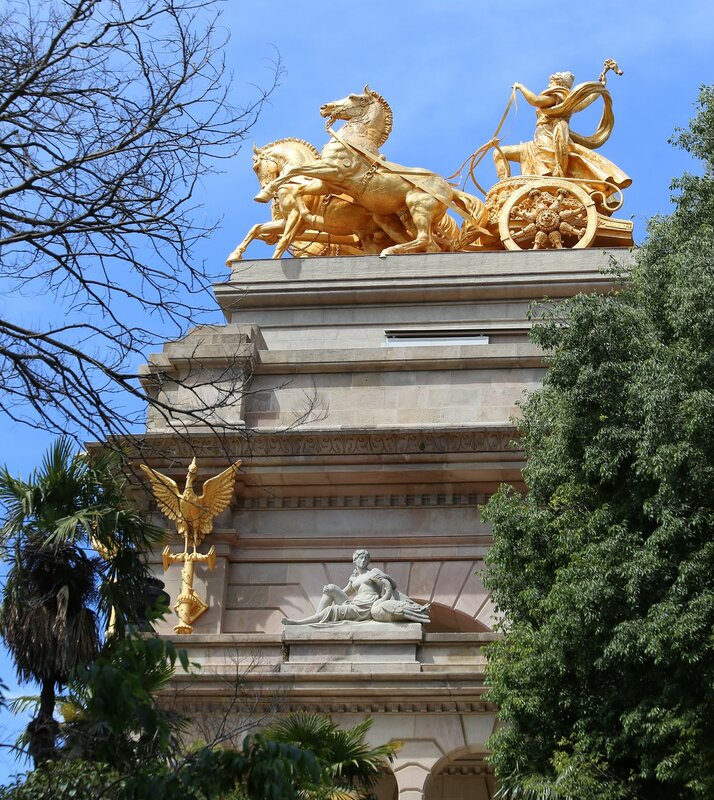 The goddess of the sunrise was installed above the fountain in 1888. 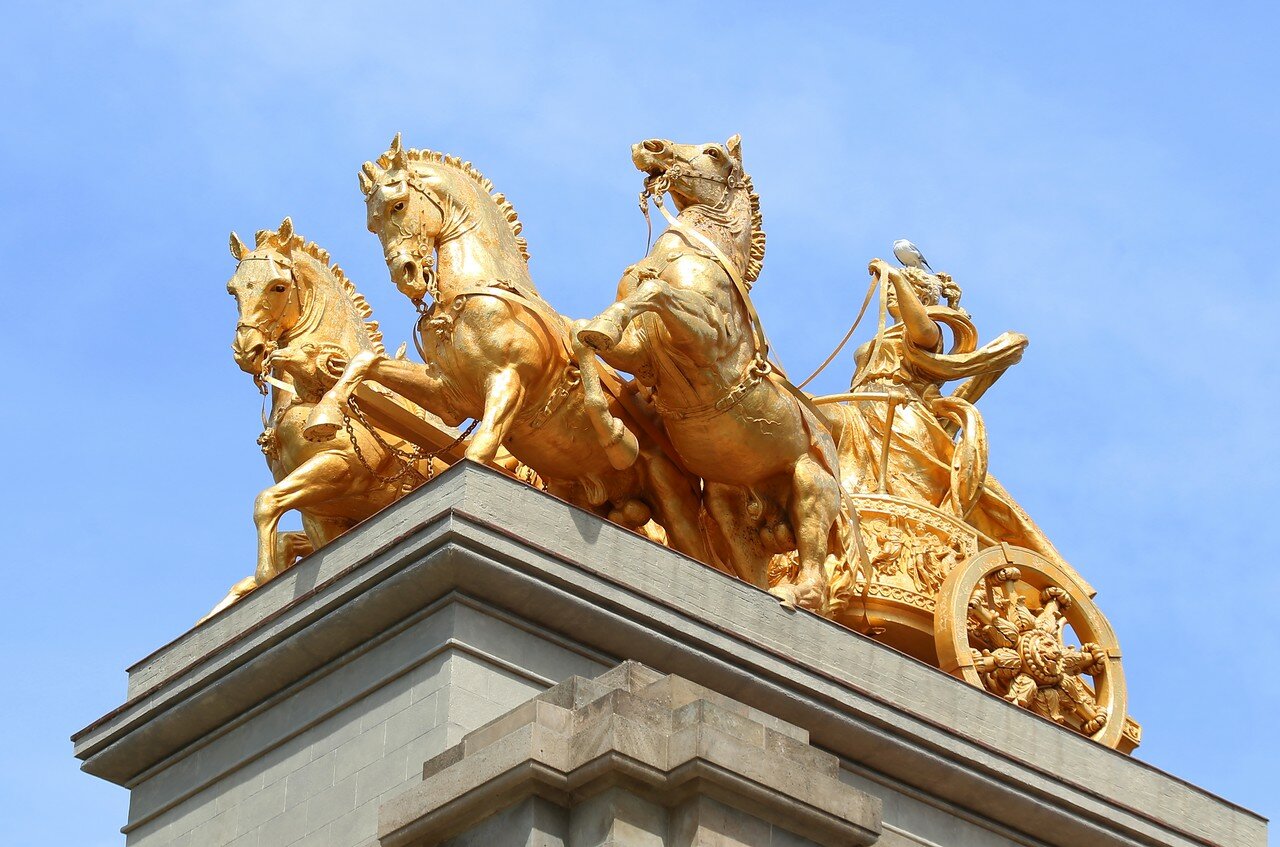 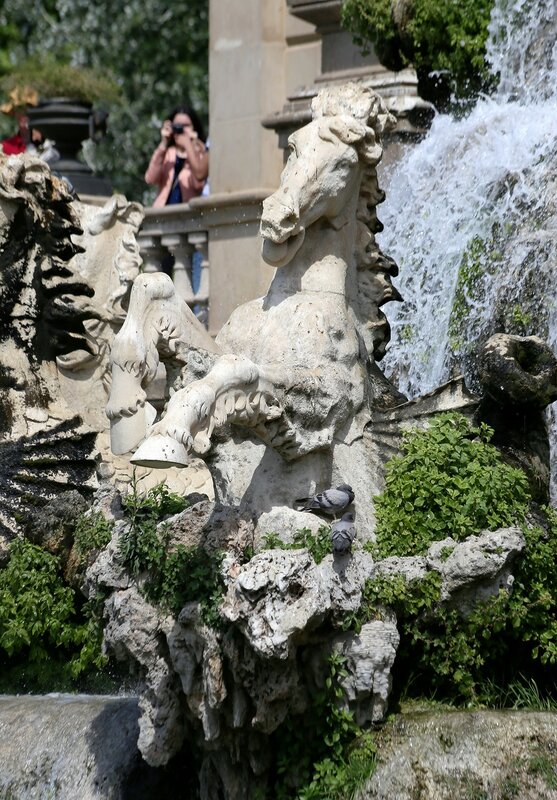 The idea of a two-level pool borrowed from the fountain of the Palace Longchamp in Marseille, the work by Henri Esperando - Fontsere did not conceal it. 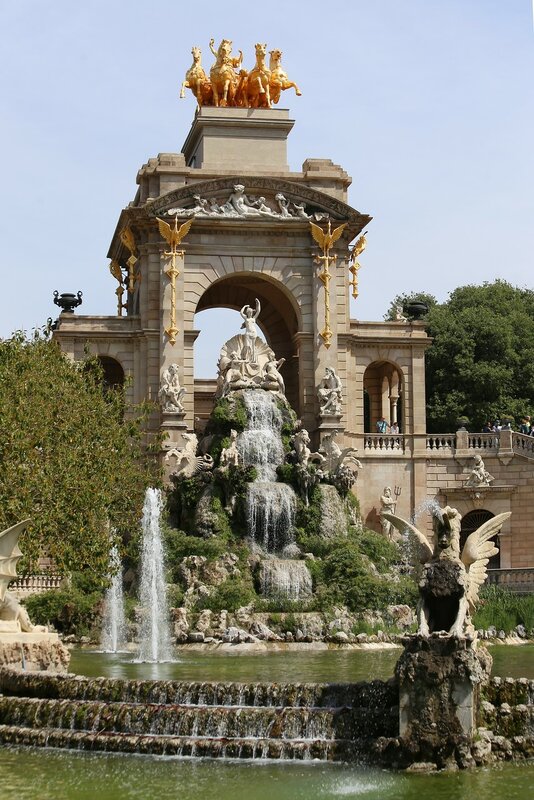 All four griffons, seemingly identical, but each has its own features. 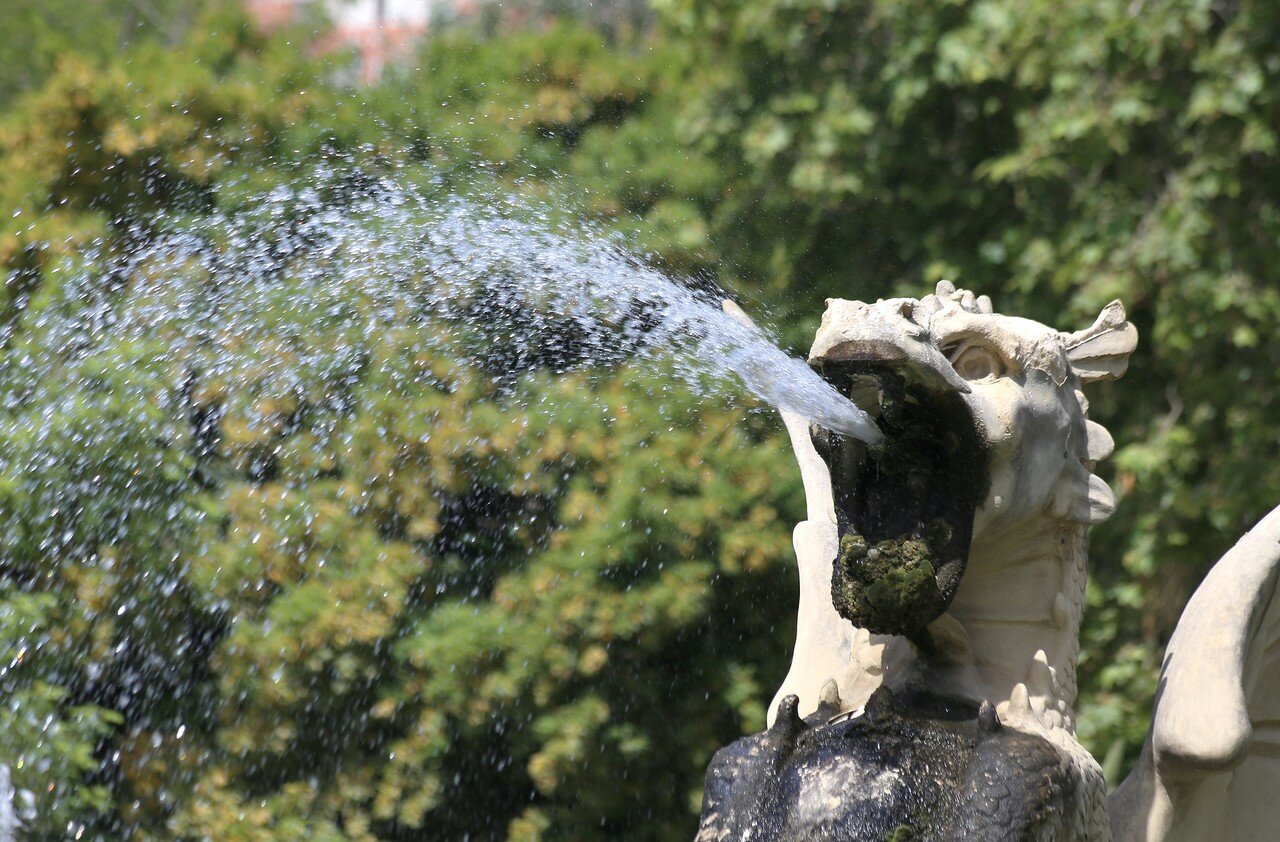 One of the beasts is an eagle with a lion's head, the other three lions have different wings: webbed, like a bat, the second covered with scales, the third has feather wings. These elements can be seen as early manifestations of "modern"style. 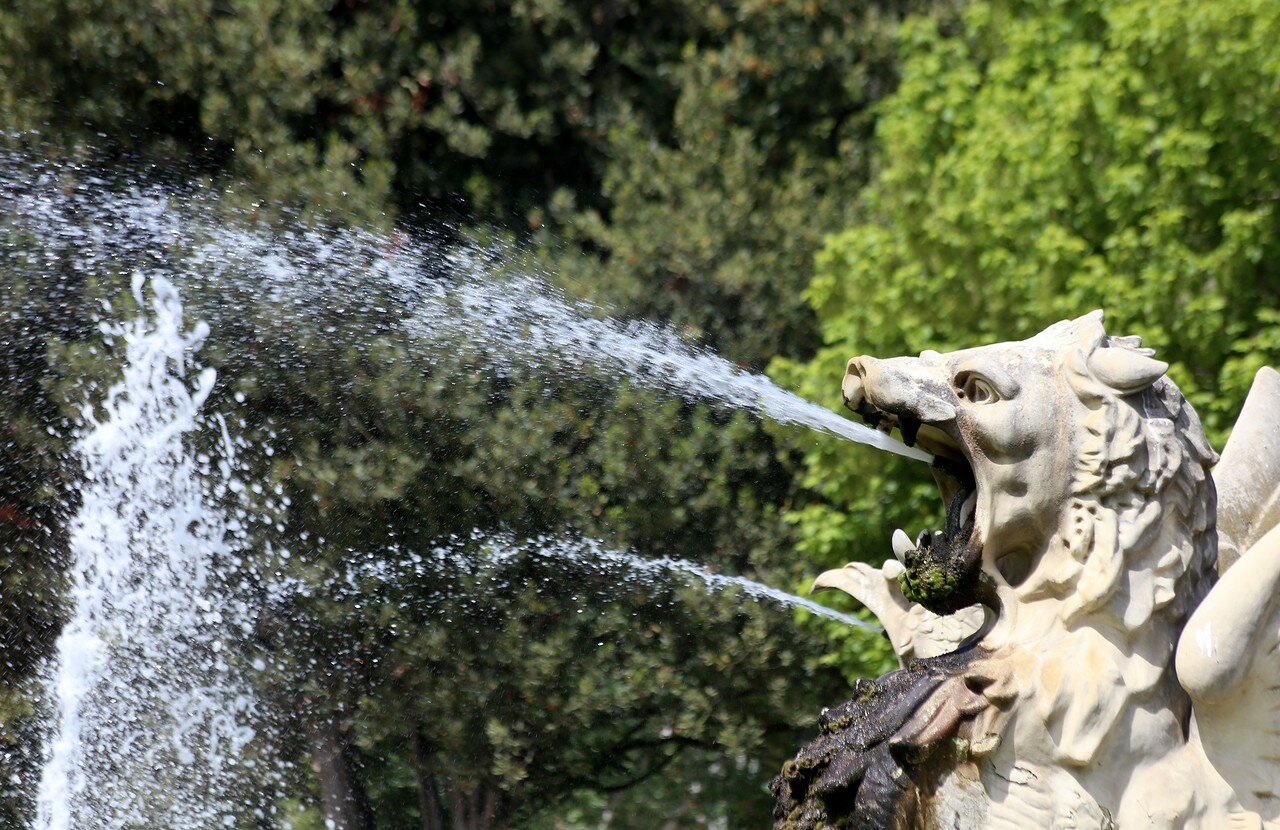 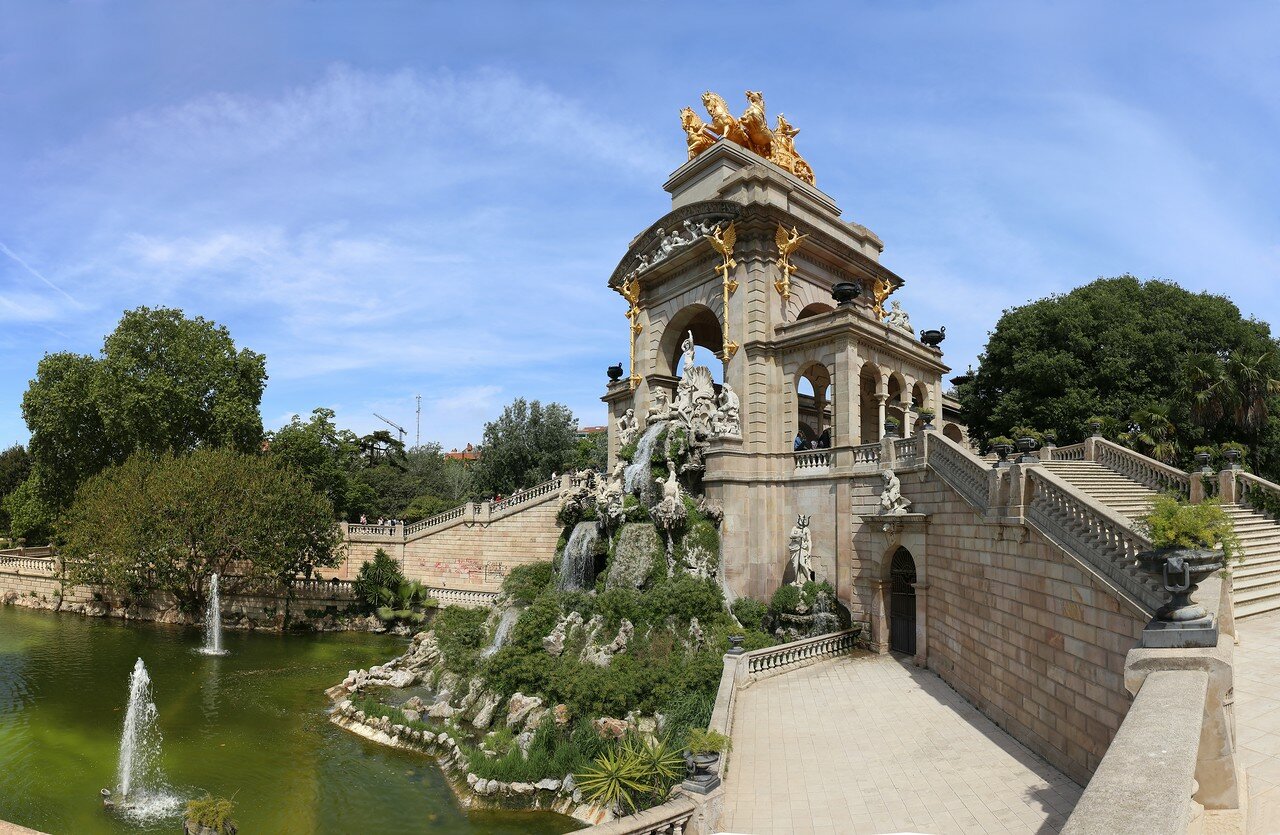 From top platform offers a wonderful view of the fountains and the Park of the Ciutadella. 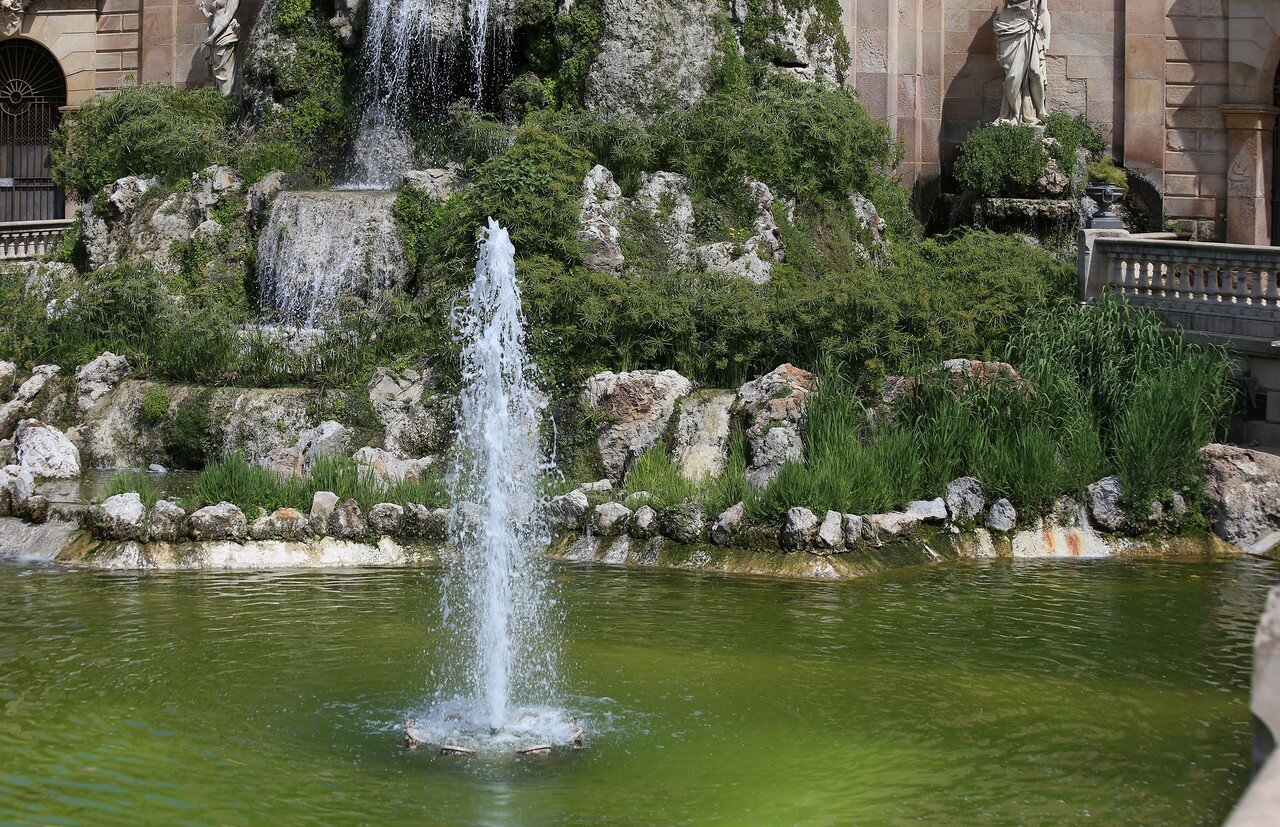 Here is the entrance to an artificial cave and aquarium, but thither public access is closed. With two sides from the door you can see the medallions with lizards, as claimed, the work of Antonio Gaudi. 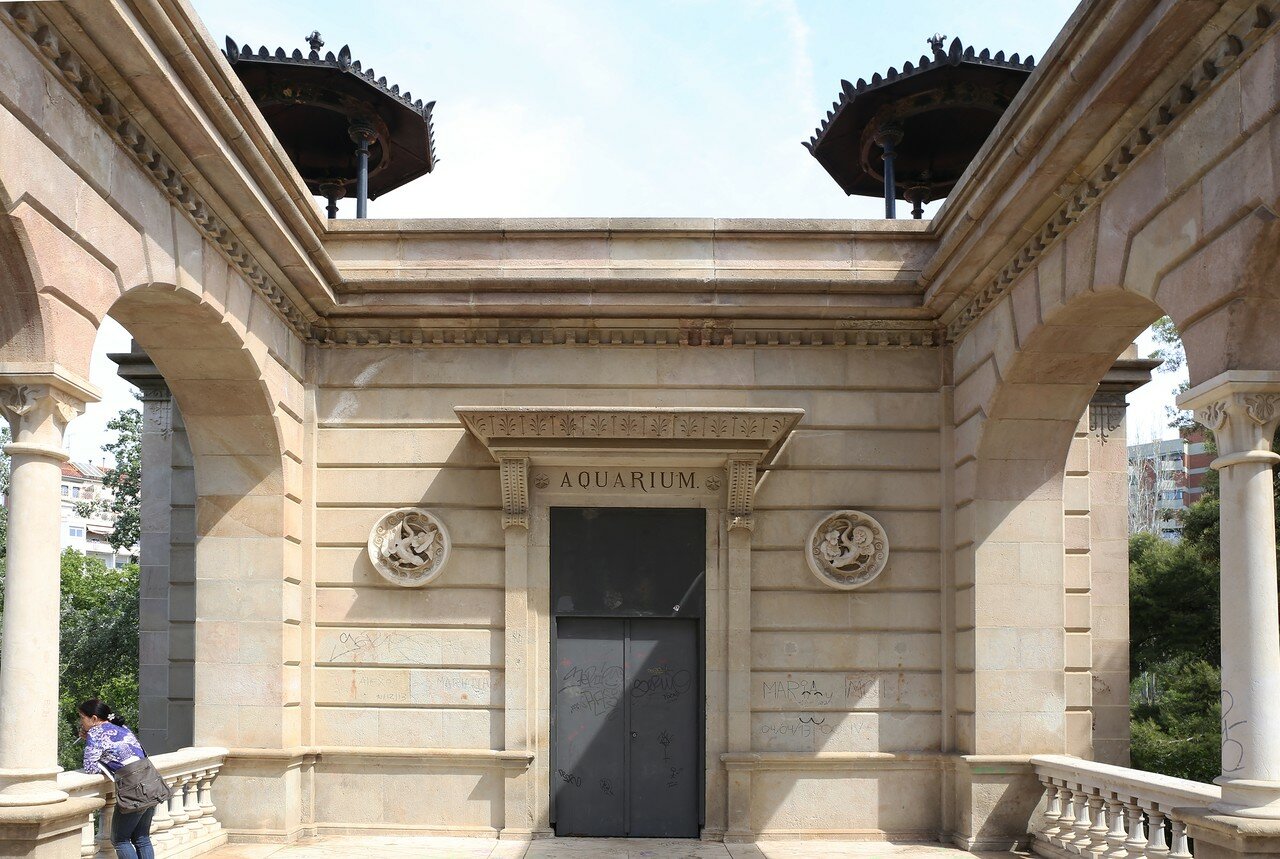 Widespread legend is that young Gaudi, as a student of the school of architecture, helped Fontsere in the work on the Cascade, however, in the biography of the great master of architecture about this there is no mention. 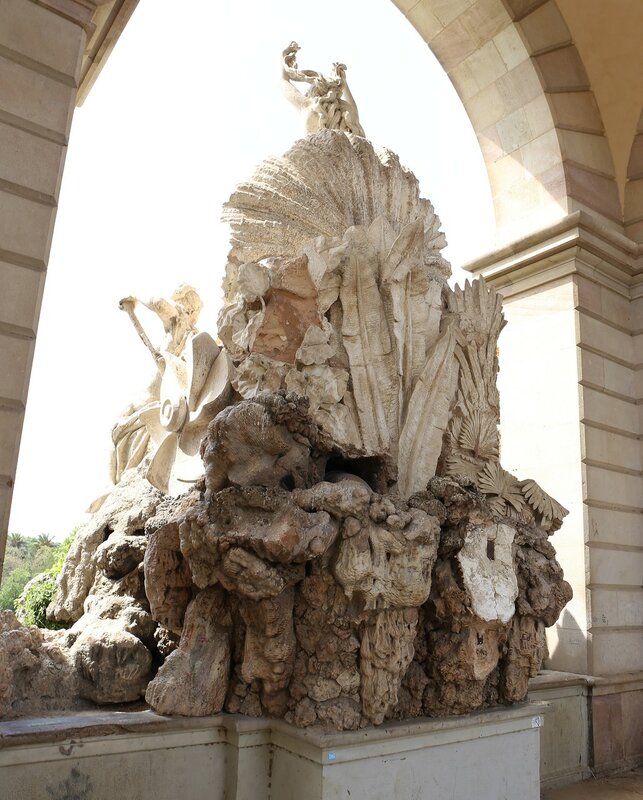 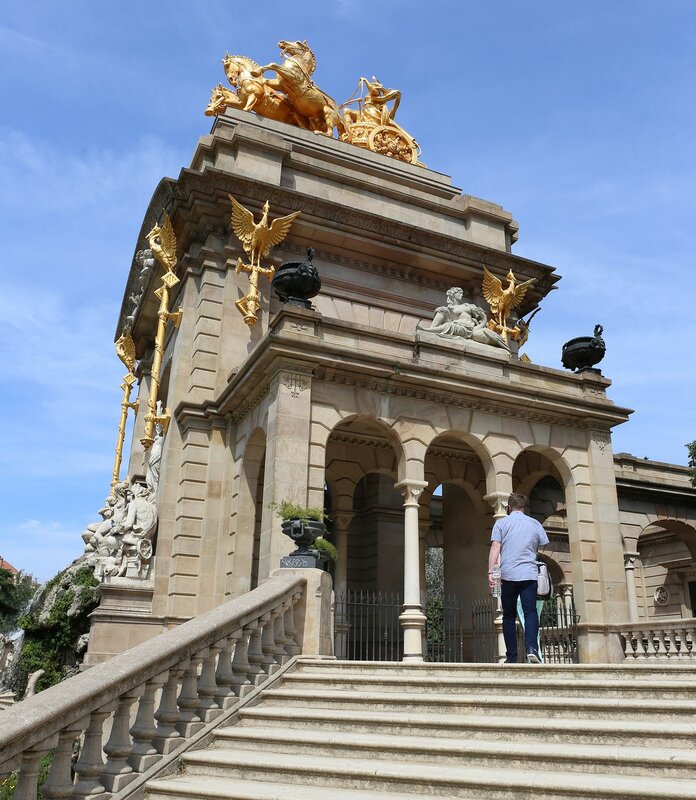 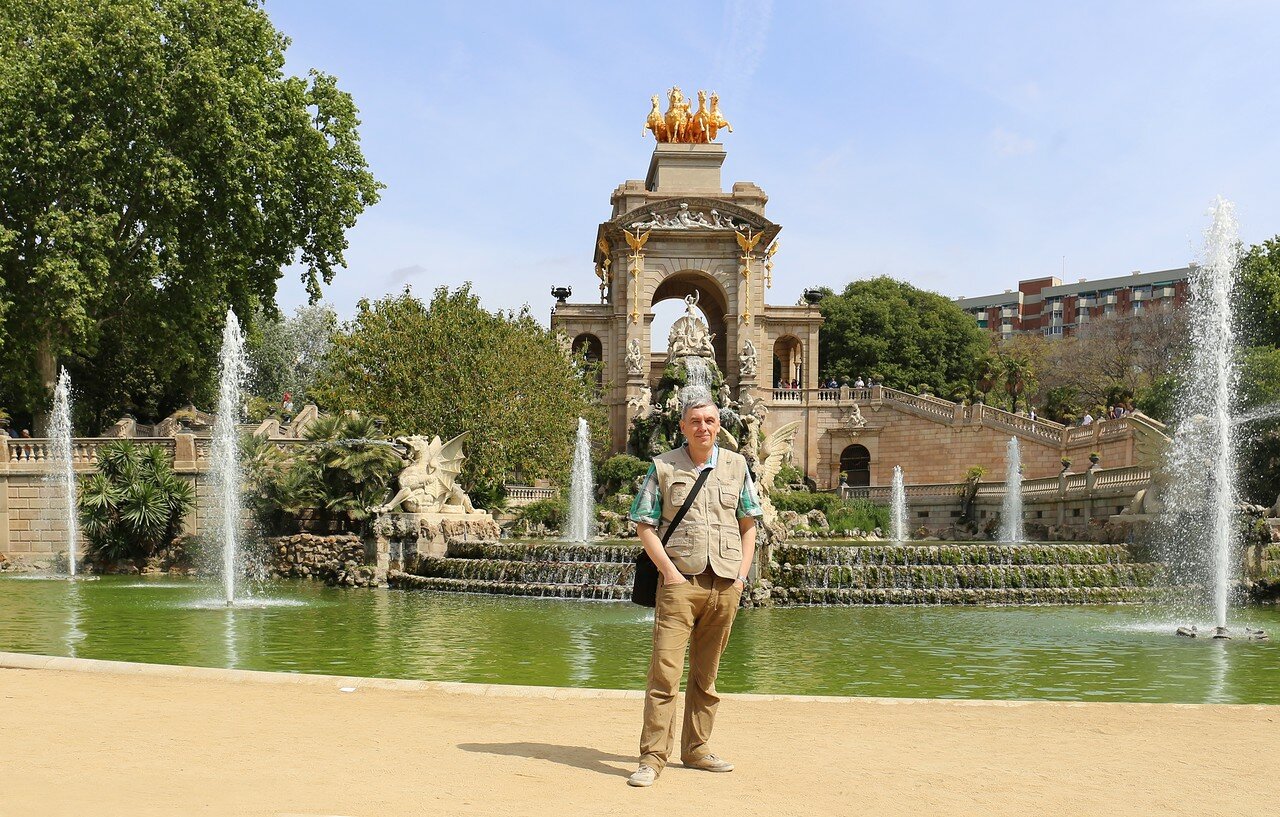